(SportsRadio 610) - The NFL, along with the Cleveland Browns and even Deshaun Watson himself made things very clear Thursday morning, on what’s most important to all of them.

The NFL and NFLPA reached a settlement Thursday on Watson’s discipline, agreeing to an 11-game ban for the Browns quarterback, who signed a league record $230 million, fully guaranteed five-year deal this offseason.

Watson will also pay a $5 million fine to be put toward a non-profit organization educating young people on healthy sexual relationships and promoting prevention of sexual misconduct.

That is the result of more than 15 months of investigating, litigating and for all intents and purposes by the NFL, passing the buck.

It’s also a helluva business decision. I’ll get to that momentarily.

It was agreed upon between the NFL and NFLPA in 2020 that a disciplinary officer would be jointly hired to impose necessary discipline for players who violate the leagues Personal Conduct Policy.

While the commissioner had every right to increase the decision (six-game suspension) of Judge Sue L. Robinson, Roger Goodell opted to appoint a designee to review the leagues appeal of Robinsons decision.

Peter Harvey, a former New Jersey attorney general, was in the midst of an “expedited” review, which had already taken more than a week, when his would-be decision was stifled by a settlement reached by the league and Watson’s camp.

If the NFL was afraid of deciding to go forward and imposing an indefinite ban for Watson, which would have suspended him for the entire 2022 season at least, for being sued by the NFLPA, then shame on them.

The NFL always gets its way, and it would have been no different in this matter.

According to strong language in the CBA, the league’s ruling is “full, final and complete.”

Regardless, are we to believe that following Judge Robinson’s decision to ban Watson for six games, the league’s appeal to increase punishment and then stifle that process only to agree to a settlement that ends with 11 games is not by design?

That it just so happens Watson will finish serving his punishment just in time to debut week 12 against his former team, the Houston Texans?

Both sides got what they wanted, ultimately. 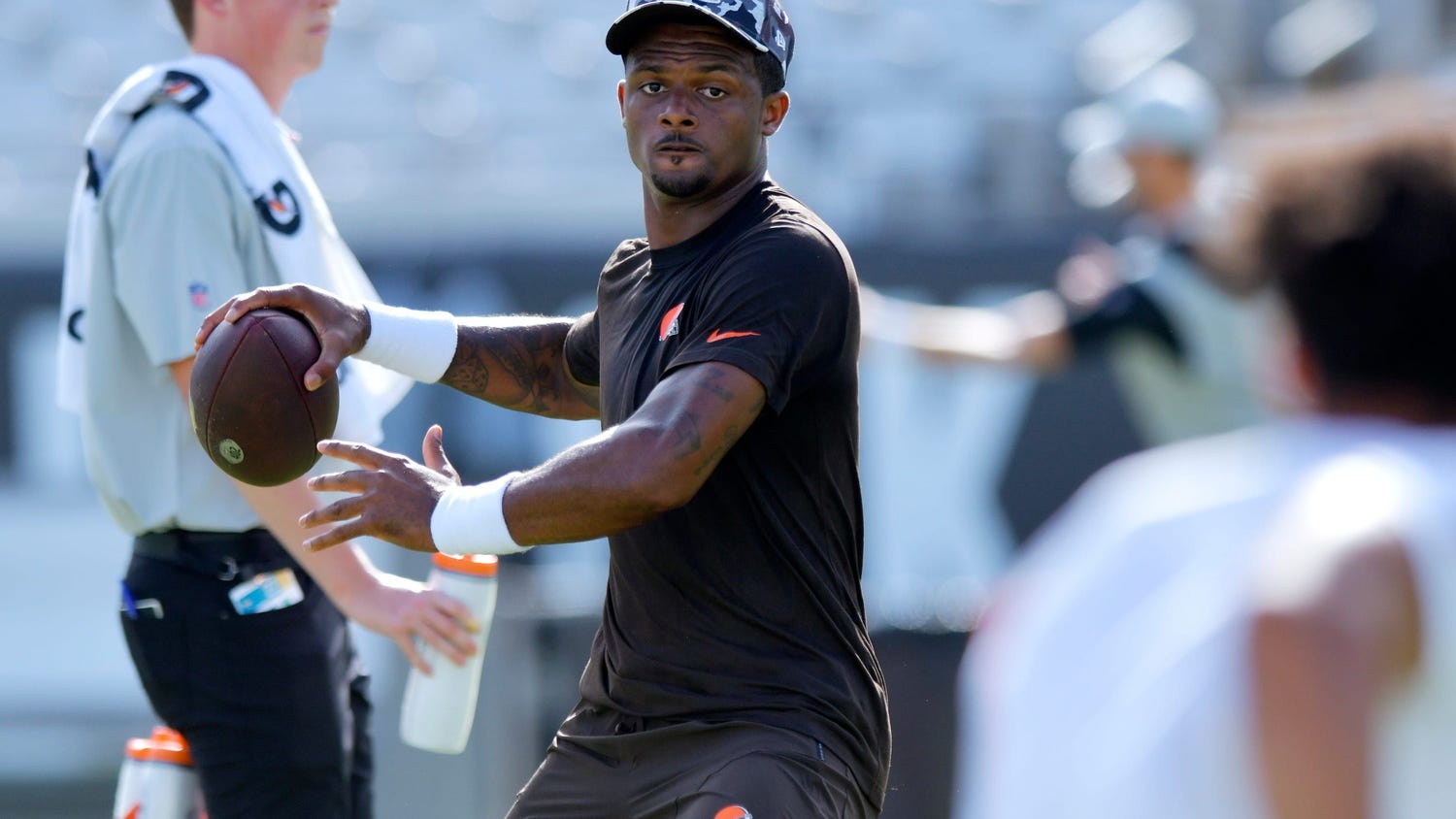 Limberg: NFL goes after the money instead of extending Watson suspension

The NFL appealed and got a longer punishment and the largest player fine in history, while Watson gets to play football this season.

The entire process from a league perspective went just about according to plan, as the language in the CBA would allow it.

Commissioner Roger Goodell didn’t have to be judge, jury and executioner. He and the NFLPA agreed to have an independent disciplinary officer review the facts and levy a punishment.

After a strong opinion from Robinson on Watson and even the league, a six-game ban was the best she could do. But that was enough for Goodell, so long as she issued some form of punishment, to increase the ban as he sees fit.

I always thought of compromise as a 50/50 proposition. Yet, I’ve been married for nearly 10 years and should know that to not always be the case.

The NFL used this to its advantage, as it just so happens the Browns and Texans face off in Houston when Watson returns.

A league that obsesses over optics, as it should given the history of the league fumbling numerous other disciplinary matters involving players over the years, botched this one.

They could’ve eliminated any doubt of doing everything they could to expedite this situation as quickly as possible, without controversy. But they didn’t.

Can you imagine if the Browns somehow weather the storm enough, with Jacoby Brissett under center for the first 11 weeks (which would be a minor miracle in itself that he stays healthy that long) only to give way to Watson week 12, with them possibly in the hunt to play postseason games?

Watson not playing in October I think was the league's first thought, at least it should’ve been,  until Robinson’s decision.

The league going forth with an indefinite ban would’ve most certainly resulted in being sued by the NFLPA and they wanted to move on from this much quicker than that situation would’ve allowed.

The Browns haven’t made optics much easier on this scandal, as they’ve bungled every press conference or public statement possible since trading for Watson.

Thursday morning was no different. Comments from owners Jimmy and Dee Haslam and even general manager Andrew Berry, came across as tone deaf and misaligned.

Watson addressing the media alone was amusing enough. While his agent David Mulugheta was firing off tweets and deleting them at warp speed.

No party involved in this matter has successfully executed a message in a public setting.

Watson said he wants the opportunity to tell his side of the story one day.

I guess a lot of people just had to stay more up to date on the cryptic rap lyrics Watson would occasionally drop on social media.

Meanwhile, as this scandal has seemingly reached a conclusion, Watson will have quite a bit of time before he takes an NFL field again, just not as much as he should have.

That leaves plenty of time for all of that counseling he says he’s now benefiting from 🙄.

Something tells me he’ll be completely rehabilitated by week 12.

Houston, get your popcorn ready for the latest slime season.