(SportsRadio 610) - It seemed like an ideal trade partner for the Texans dealing quarterback Deshaun Watson would be the New York Giants.

The Giants have the No. 5 and No. 7 overall picks in this year's draft, and an apparent need at quarterback. Meanwhile, the Texans hope to maximize the return on a disgruntled franchise quarterback who was paid not to play in 2021.

But Giants president and CEO John Mara on Wednesday poured cold water on the idea of sending Watson to New York.

During the Giants' introductory press conference for their new general manager Joe Schoen, Mara said they would not be trading for the Texans' quarterback.

Watson requested a trade from the Texans last year, before he was accused by more than 20 woman of sexual misconduct, mostly during massage therapy sessions.

Twenty-two lawsuits are pending in Harris County, while Houston police are also investigating at least 10 allegations against Watson.

The NFL has yet to take action against the quarterback, who led the NFL in passing yards the last time he played in 2020.

Watson's frustration with the franchise stems from a lack of belief in Texans CEO and president Cal McNair.

At the end of the 2020 season, Watson spoke of the Texans not having a real foundation and needing "a culture shift."

McNair then hired Nick Caserio as general manager, and Watson soon after asked to be traded.

Watson signed a four-year, $156 million extension in 2020, with a no-trade clause attached.

It had been previously reported Watson would be willing to waive the clause for the Giants. 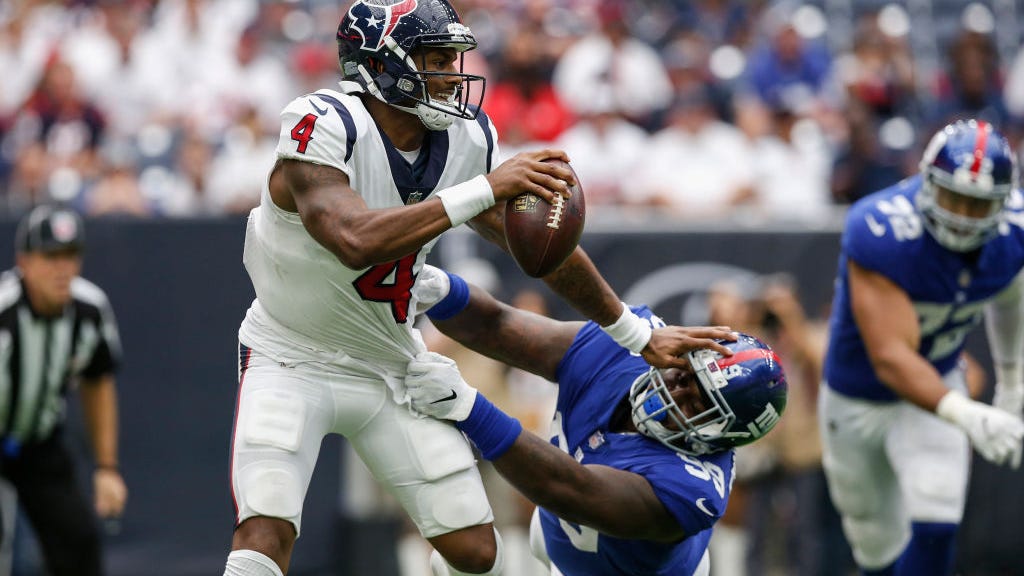