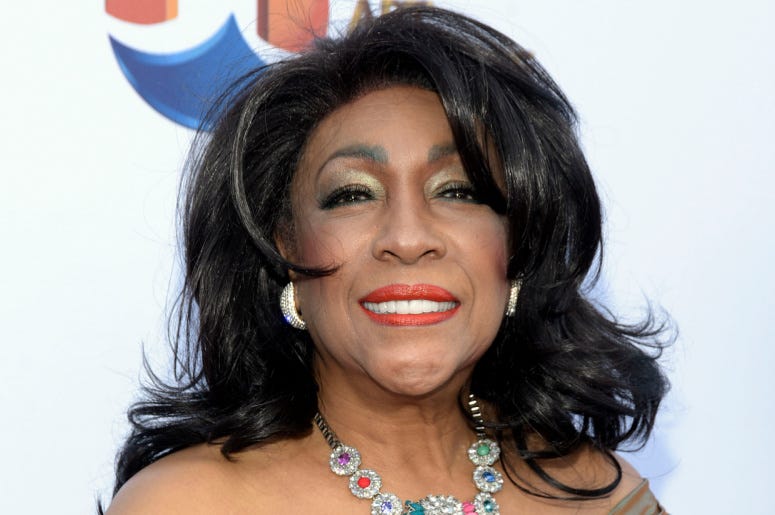 The music industry is mourning the passing of Motown legend Mary Wilson, co-founder of The Supremes. She was 76.

Her death takes place just days after the legendary girl group, of whom she was the longest-running member, celebrated its 60th anniversary.

Berry Gordy, founder of Motown Records, openly grieved the late legend in a public statement, writing, "I was always proud of Mary. She was quite a star in her own right and over the years continued to work hard to boost the legacy of the Supremes."

Continued Gordy, "Mary Wilson was extremely special to me. She was a trailblazer, a diva and will be deeply missed."

Wilson started her legendary career when she co-founded The Primettes alongside Florence Ballard and Diana Ross and was signed by Motown Records in 1961.  As part of The Supremes, which went onto become one of the best-selling vocal groups of all time with 12 number one singles, Wilson played a direct role in hits such as "Baby Love," "Stop! In The Name of Love," "Love Child," "Someday We'll Be Together."

The group was inducted in to the Rock and Roll Hall of Fame in 1988 and is hailed for paving the way for future Black artists.

Exiting the group in 1977, Wilson became an advocate within the music industry and lobbied for musician's rights.  Schwartz says one of Wilson's last acts was lobbying to have Ballard, who passed in 1976, commemorated on a U.S. postage stamp.

She also directed her passions into social advocacy and humanitarian outreach, such as raising HIV/AIDS awareness and partnering with UNICEF.  Wilson also served as a former U.S. Cultural Ambassador and was recently honored with a Lifetime Achievement Award from the National Newspaper Publishers Association.

She also became active in musical theater and showed off her dance moves when she commanded the ballroom during the 28th season of Dancing with the Stars.

Wilson, a New York Times bestselling author, published several autobiographies during her lifetime, starting with her 1986 tell-all, Dreamgirl: My Life as a Supreme -- which went on to become one of the best-selling music autobiographies in history.

Wilson recently spoke about her life and career during a candid interview with The Hollywood Reporter, where she spoke about a potential Supremes reunion and deferred the decision to Ross.

"I look at it like this, especially with this pandemic: Who knows when the end may come? And at 76-and-a-half years old I'm not going to sit around waiting for something," she said in January. "I have too much to live for now and be happy about."

She last posted a video to YouTube just two days before her passing, announcing that she and Universal Music will be releasing her solo music, consisting of never-before-heard material and new tracks, which she hoped would be released on her 77th birthday -- March 6. She also teased fans will finally be able to hear her unreleased album Red Hot, of which she recorded in the 1970s.

Her agent says Wilson's funeral will be private due to the ongoing COVID-19 pandemic, but plans are in motion to celebrate her decorated life and career at a later time.

Fans wishing to honor Wilson's legacy can do so by making honorary donations to UNICEF and the Humpty Dumpty Institute.