While Kyle Allen had hoped to provide a spark for the offense stepping in for the struggling Davis Mills, the Texans lost two more games with him at the helm as slow starts, inaccuracies and turnovers continued to be an issue for the quarterback and the offense.

Texans head coach Lovie Smith announced Wednesday that the team would be going back to Davis Mills as its starter.

Lovie Smith announcing another change at QB - back to Mills. #Texans pic.twitter.com/CySvCsoqx1

“When Davis was the starter, sometimes you need a relief pitcher to come in, and that’s what it was,” Smith said. “So Davis will start for us this week. We expected two weeks from watching from the sideline to help.”

Smith certainly handled the announcement much differently this time, than he did two weeks ago.

At the time, the Texans (1-10-1) head coach quipped and deflected questions regarding the probable and obvious swap, citing that answering such a question would give a competitive advantage to the Miami Dolphins.

However, no clarification was given this week why a competitive advantage was not to be relinquished in switching back to Mills. 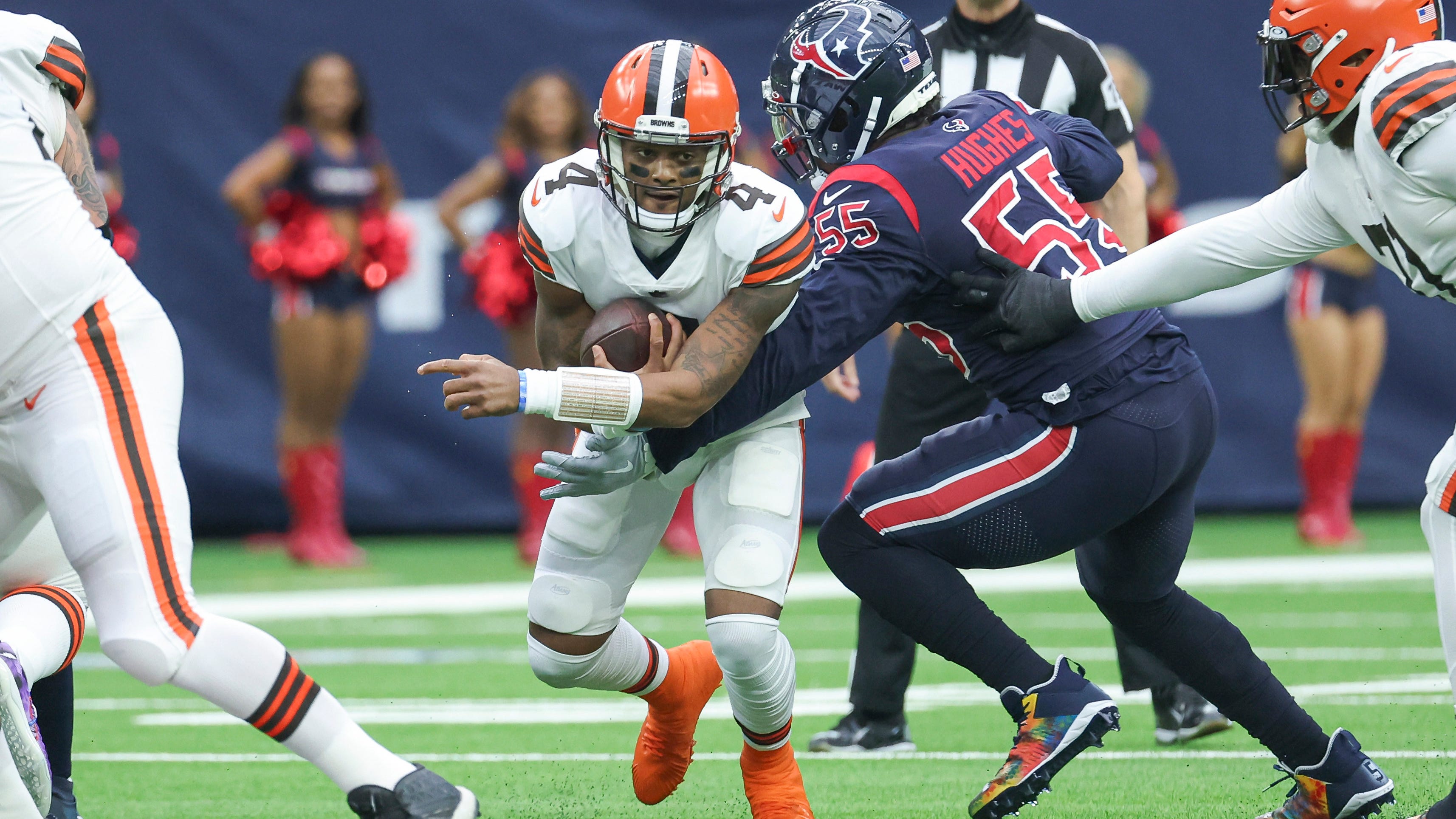 Nevertheless, two quarterback swaps in as many weeks seemed to help the Texans and Smith in handling such a fundamental task this time around.

To use another baseball analogy, Smith hit a home run compared to the first time he handled swapping quarterbacks, as the initial switch went about as well as Phillies slugger Kyle Schwarber’s attempted bunt with 2-out in the eighth inning and an 0-2 count in game six of the World Series.

Meanwhile, Davis Mills addressed the media for the first time since before getting benched.

Lovie Smith announcing another change at QB - back to Mills. #Texans pic.twitter.com/CySvCsoqx1

The second year pro said the time away, allowed him to get back to fundamentals and is hoping it’s as beneficial this time as it was last season.

“Yeah, I hope we get similar results to last year,” Mills said. “I felt like last year when I was able to comeback for the second time, I played really well at the end of the season. These past two weeks allowed me to sit back and continue to learn.”


Mills, was 1-8-1 as the starter prior to getting benched, had thrown seven interceptions in a five game span, including at least one during that stretch before Allen took over.


At the time of his benching, Mills led all quarterbacks with 11 interceptions. Colts QB Matt Ryan has since overtaken him with an NFL worst 13 interceptions.

“I’m still a very confident football player,” Mills said. “I didn’t lose any confidence in these two weeks, and I’m excited to get out there on Sunday.”

Whether or not offensive coordinator Pep Hamilton and Davis Mills figured out a way to minimize mistakes and modify the scheme to possibly better suit Mills the final five games of the season remains to be seen.

Pep on how he navigates identifying issues with Mills vs other problems with offense as a whole #Texans pic.twitter.com/16S1DG3ekx

“There are some looks that we’re excited for this week, and some plays we’ve put in to combat what they’ve shown on defense,” Mills said. “We’re excited to do that and make it simple for us on offense to go out there and start moving the ball.”