Ryan Reynolds celebrated the fifth anniversary of his movie “Deadpool” in a hilarious way.

The 44-year-old actor shared a humorous letter to a fan on his official Instagram page. In the letter, the “Deadpool” star referenced the COVID-19 pandemic, his three children with wife Blake Lively, and how the franchise migrated to the Marvel cinematic universe.

“Five years later, I’m still in awe of Deadpool fans. Hunter wrote me this letter after Deadpool came out and somehow my response never got mailed. Holds up. Mostly,” Reynolds captioned the post.

“Thanks for all the kind words in your letter,” Reynold’s letter reads. “I’m feeling really good about how Deadpool has been received so far, and yes, I’m glad we got to make it our way. Can you imagine if DP was with the MCU at Disney? Hahahahahahah.”

Reynolds mentioned how there will be plenty of sequels and that fans should expect them every two years. The movie “Deadpool” has had one sequel so far, while the third one is scheduled to start filming in 2022.

The actor also discussed “an upcoming music festival that should be 'Fyre,'” and Tom Brady’s career moves from the New England Patriots to the Tampa Bay Buccaneers last year.

“I’d love to get together for a beer with you. Beer is my favorite, and the only alcohol for me. But it looks like I’ll be busy for the foreseeable future. Blake is pregnant with our second (and last!) child,” Reynolds said. 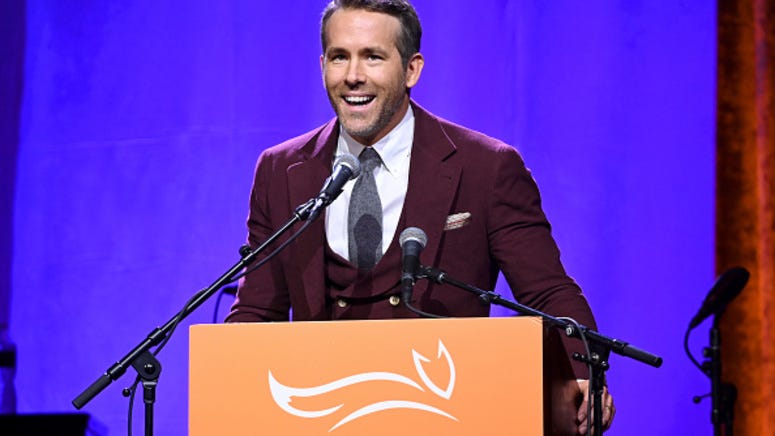 Last month, it was officially announced that “Deadpool 3” would be part of the next phase of the Marvel Cinematic Universe.

Marvel Studios president Kevin Fiege confirmed Reynolds is working on the script to the franchise's latest sequel and shared that the film will join the growing Marvel Cinematic Universe.