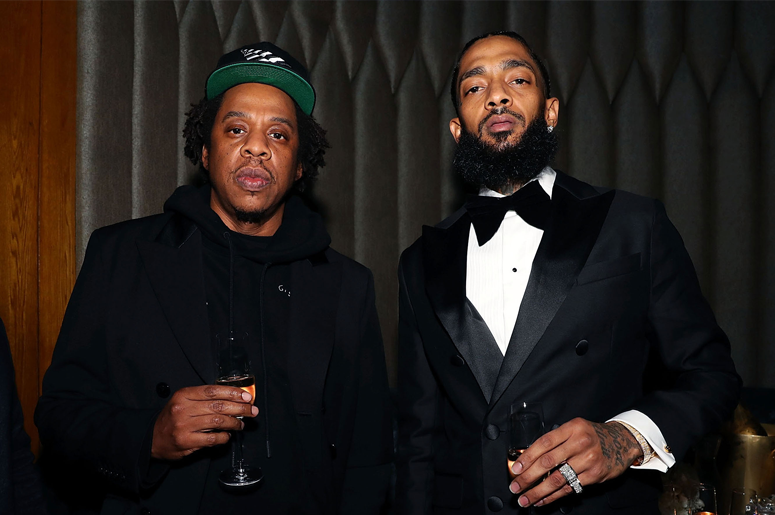 Judas and the Black Messiah will be premiering in theaters and HBO Max Friday February 12, but today, thanks to Six Course Music Group/RCA Records the film’s official soundtrack track list has been revealed and it is, just as it claims to be, inspiring.

Executive produced by Hit-Boy, Dash Sherrod, Ryan Coogler and Archie Davis, fittingly dubbed Judas and the Black Messiah: The Inspired Album, is set to drop on the same day as the film.

Featuring a lineup of artists that will surely only add to the the movie’s already sure to be success. Joining the ranks of previously announced H.E.R., Nas, SiR, A$AP Rocky, Dom Kennedy, and White Dave are the late Nipsey Hussle and JAY-Z, Hit-Boy, G Herbo, Lil Durk, Black Thought, Polo G, Rakim, Chairman Fred Hampton Jr..

With an underlying theme of “Where There’s People, There’s Power,” as explained in the project’s official press release, “this collection of powerful music destined to inform and inspire today’s generation.”

With the recent announcement of Golden Globe and Critics Choice nominations for H.E.R.’s “Fight For You” (track 2 on the list), anticipation for the album has only risen. In addition to gaining recognition the soulful track continues to receive praise from fans and critics, including The New York Times who asserted the song “strikes an appropriate balance between period-pic scene-setting and up-to-date cool, as lyrics like ‘all the smoke in the air, feel the hate when they stare’ draw unfortunate parallels between past and present.”

Watch the latest trailer for the Warner Bros. Pictures’ film featuring track 5, Nipsey Hussle & Jay-Z’s “What It Feels Like” above and check out the soundtrack’s inspired track list below.