NEW HAVEN, Mo. (KMOX) - A miniature Dachshunds snatched away by an owl is back home in Missouri and recovering, after a motorist more than a mile away saw something fall from the sky and got out to investigate.

It happened New Year's Eve around midnight on Beoff Creek Road, where motorist Bruce Hareford says he was driving home from band practice.

"I seen something flew over the top of my car," Hareford said, "I didn't know exactly what it was. I mean--it looked big and it dropped something, and I stopped my car, and I pulled out my Mag flashlight, and I opened up my door, and there was this little, bitty miniature Dachshunds."

The dog's owner, Natalie Pollock of Union, says nobody saw the owl take the dog, but the nine-pound pup named "Fiona" went missing around midnight, as she and her husband and two kids were at a relative's farm in New Haven to ring in the new year.

"Everybody began to search the acreage on the farm," Pollock said, "They were looking until a little after one o'clock in the morning."

But the dog was no where to be found, and it was time to put the kids – a 5th grader and a 2nd grader – to bed on the farm.

"So when the kids went to bed that night, obviously we got together," Pollock said, "We said an Our Father and a Hail Mary. We're all big believers that God hears our prayers--sometimes they're not always answered." 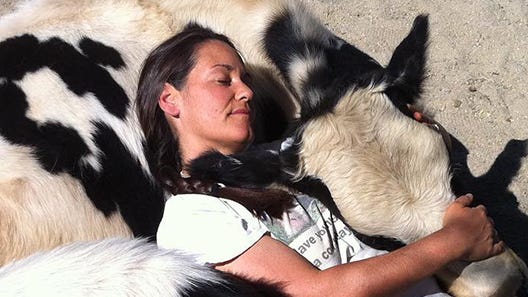 Feeling stressed out? Hug a cow at this St. Louis-area farm

When Hareford found the dog, he says he took it home for the night, and through a friend was able to connect with the dog's owners, who had posted a picture of Fiona on a missing dog Facebook page.

As he looks back on the odd incident, Hareford says the oddest thing may be that he was there, because he usually never takes that route on Beoff Creek Road.

"I don't know, I'm a firm believer that God makes things happen in certain ways, and for some reason I was told to go down that road and find her," Hareford said. "It's pretty cool. I'm glad I was able to save her life, because that owl probably would've come back and finished her off."

After the owners got their dog back, they took it to a veterinarian, who said Fiona's injuries seemed to be mostly facial cuts from the bird's talons. It's believed the owl grabbed the dog by the head.

Pollock says the ordeal has taught the family that "there are good people in the world" and that "even a dog has a guardian angel."

Fiona is getting back to normal at home, although she's still a little subdued, and does look up when she's let outside in the back yard to go potty. 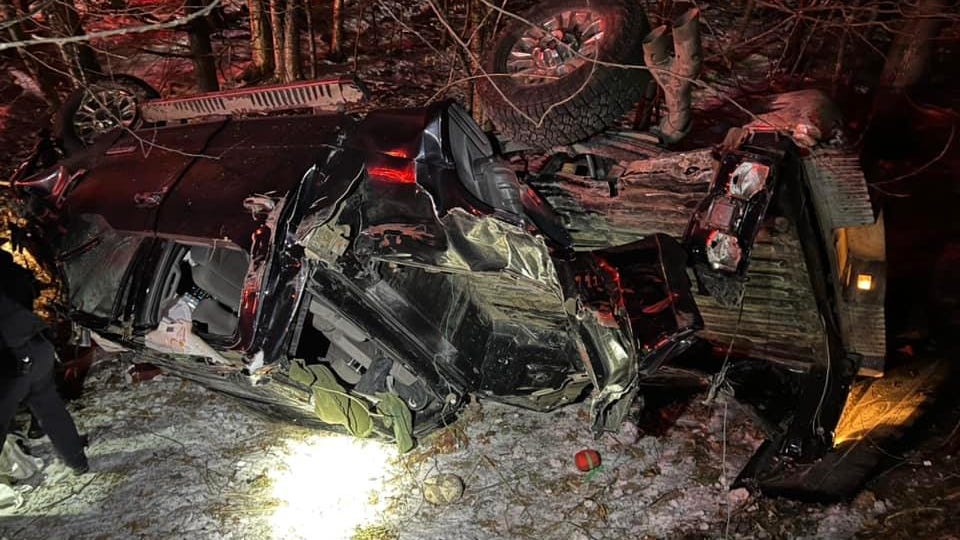