It was a COVID vaccine family reunion.

Four New Jersey sisters, who have been apart the past year due to coronavirus, were finally able to reunite to receive their COVID-19 vaccinations.

Edith Camp, 96, Bernice Cecil, 92, Nora McDonald, 86, and Rose Ramsey, 84, all received their second doses of the Pfizer vaccine on Tuesday.

Four sisters in New Jersey who spent nearly a year separated from one another were reunited Tuesday as they all got fully vaccinated against COVID-19. Read the full story from @6abc! https://t.co/zzwyPM5qhV

The four siblings, who were known as the Langley sisters as children, each wore a photo of their sister Pauline Taylor, who wasn’t able to get vaccinated with them, and their late sister Doris Papiano, who passed away in 2011, CNN reported.

It "was my aunt Bernice's idea to have them together, you know, for a little bit of support for each other because it's scary," Ramsey’s daughter, Lori Goldsmid, told the news outlet.

"I was glad and relieved to get it over with and I wasn't nervous at all," Ramsey said. 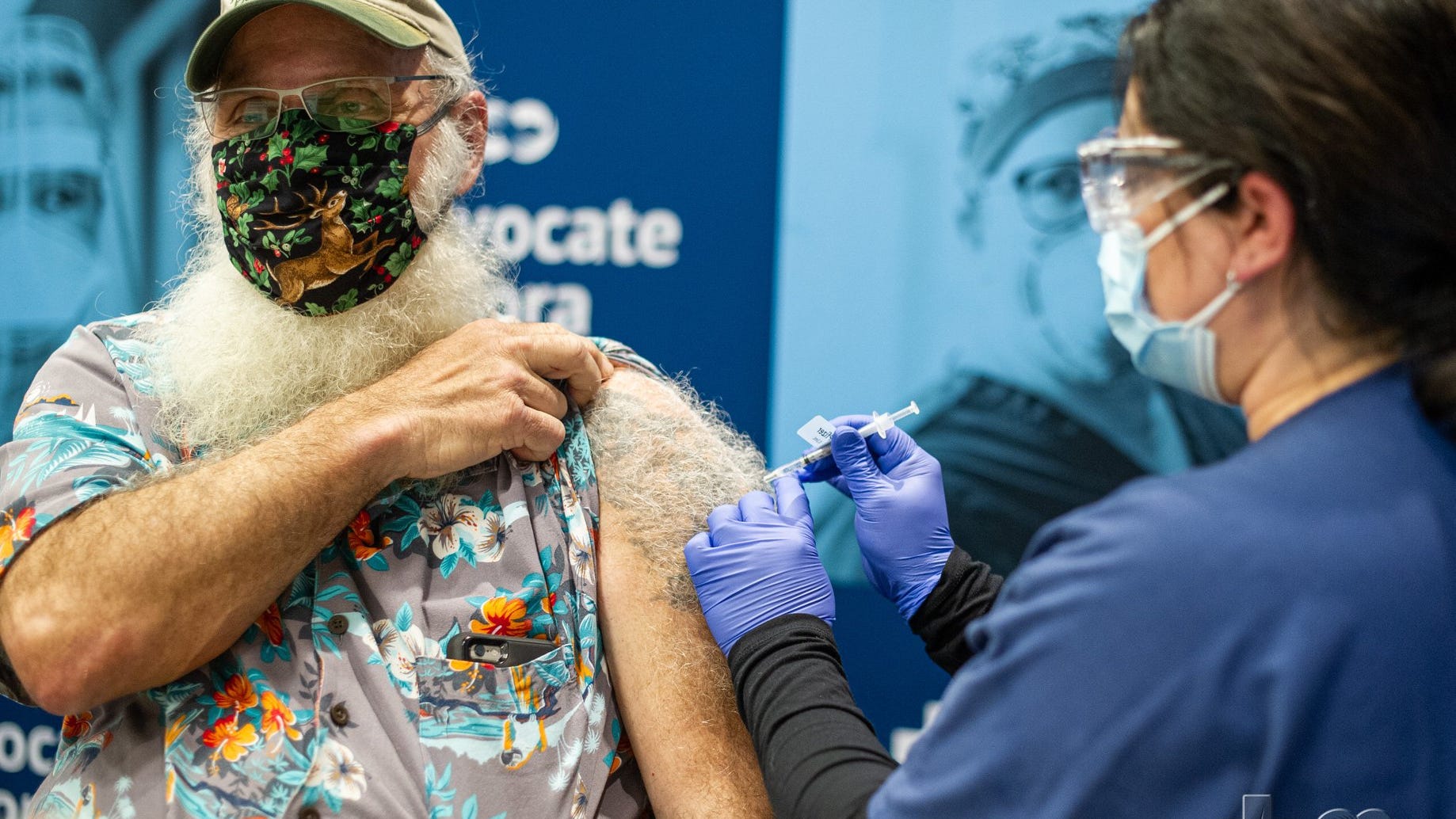 Because of the media attention the sisters received on the day, they were unable to catch up like the family normally does.  The four sisters however all agreed that the staff was very nice.

"I can't believe so many people care about four old ladies getting their shots," Camp said to her niece.

Before the pandemic, the sisters saw each other for lunch regularly and would meet at least once a month.

The family is now looking forward to reuniting 10-14 days after the vaccines have been in their system.

"We're already trying to make plans at this point, whether we're going to do it at someone's house or see if we can get a room at a restaurant for lunch," Goldsmid said. When can vaccinated grandparents visit grandkids?

Other than FaceTime, the family had not been together since February of last year.

"I think the hardest part for some of them was not seeing their grandchildren at the same time as not being able to see their sisters," she said. "I think it's heartbreaking at that age not to be able to see any of your family."