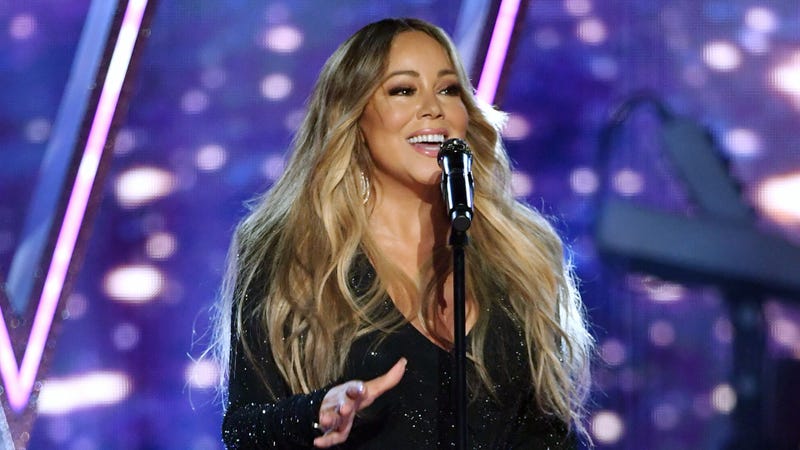 Discussing the 25th anniversary of Butterfly, Mariah dives deep on the making of the album, currently being reissues with extras, including eight bonus tracks. While also talking about everything from her lost, secret alt-rock album to new music she's working on. As well as Lee Daniels' plans for a biopic series based on her memoir The Meaning of Mariah Carey – and much, much more.

Diving into the origins of the chorus of “Butterfly,” her 1997 album’s title track, “If you should return to me/We truly were meant to be/So spread your wings and fly.” Carey revealed, “that’s what I was kind of always hoping that Tommy would say to me. As if, you know, ‘Here’s all you have to do, and it’ll all be good.’ But really it was too late for that.”

If you didn’t already know, Mariah married music producer Tommy Mottola in 1993, however due to their growing creative differences in terms of her music as well as Mottola's controlling nature, their relationship began to deteriorate.

“To have the strength to break away from that wasn’t easy,” Mariah shared, reflecting on the end of her marriage, “so I put it all into the music.”

Speaking of music, during her chat with Hiatt, Carey also shared that she found the buried version of her secret, lost alt-rock album, Someone’s Ugly Daughter, that feature her lead vocals still very much intact.

FUN FACT — the album was first released in 1995 under the band name Chick with her friend Clarissa Dane mostly handling the leads. And as Mariah divulged, she has plans to not only put those versions out but she also has mysterious plans related to the project with “another artist.”

On the topic of future projects, Carey also admitted to spending a lot of time thinking about who she’d cast to play herself in Lee Daniels’ planned scripted series about her life, and her specifications are very specific. “Well, that’s a thing,” Carey says. “It is a thing! I really care more about the acting than the person being a singer. It really does matter that the actress nails that part. I’ve done my vocals, and I can redo any of my vocals at this point. It’s gonna be an interesting task also because the person being ambiguous looking and being of mixed race, is gonna be important to me.”

And those are just a few highlights, like we said there’s much, much more. For the entire conversation listen to episode above.

Listen to Rolling Stone Music Now for more interviews with top artists, expert insight on new releases and breaking news from the Rolling Stone staff, and much more.