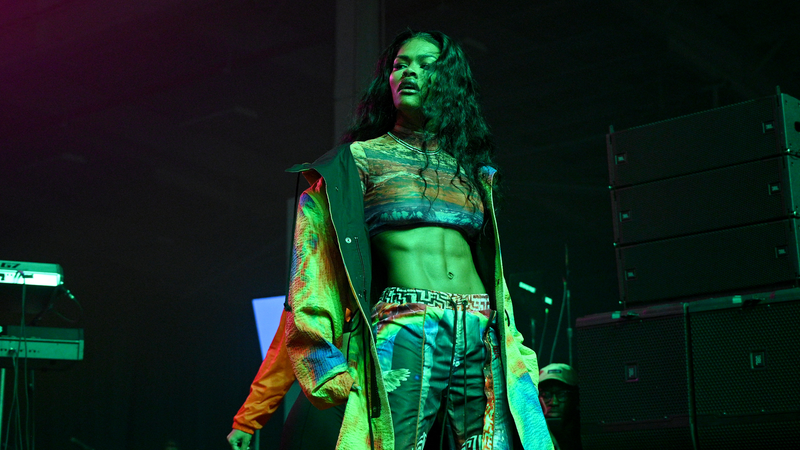 Teyana Taylor is going on one more “final tour” this summer and then she’s out.

Vibe check... chillin. Listen to Audacy's The Cube to relax with R&B excellence and beyond

The 18-city Part 2 of her Last Rose Petal Farewell Tour will kick off in Los Angeles at the Hollywood Palladium on August 3 and will wrap up on September 8 in Paris, France at the Bataclan. Set to hit Las Vegas, Denver, Houston, Nashville, Atlanta, and other cities in-between. You can find tickets here.

This makes the second time Taylor will hit the road to bid her fans adieu, as the R&B singer wrapped up Part One of her farewell tour last November.

“How lucky am I to have something that makes saying goodbye so hard,” Taylor wrote on Instagram when she initially announced the tour last fall. “However for every goodbye God makes the next hello closer. Come out and watch me, leave it all out on the stage… One last time… Just for you & as my last rose petal falls, I say farewell.”

Guess she wasn’t ready to say goodbye just yet…

Teyana announced her retirement from music in 2021, a decision she made based on feeling undervalued as an artist within the industry. Which she opened up about during a discussion with Cam Newton on his BET series Sip ‘N Smoke.

“At the end of the day, I’m a mom first,” she told Cam. “A mom, a wife, a woman. And I think for me, I put in a lot of work. I work very, very hard. So, If you feel unheard and unseen–like how I said earlier with my husband. He sees me, he hears me. I take that s*** serious. Everything I do. So if you’re my husband or I’m signed, everybody that I’m aligned with should see me. They should hear me. They should feel me. If you don’t see me, hear me, or feel me, it’s a dub for you.”

She continued, “So, for my mental health, my mental well-being, for my kids, let me just put this on ice for a little [bit]. It’s not that I retired permanently,” she added. “It’s more like, I just don’t feel like I want to move another inch for a company.”