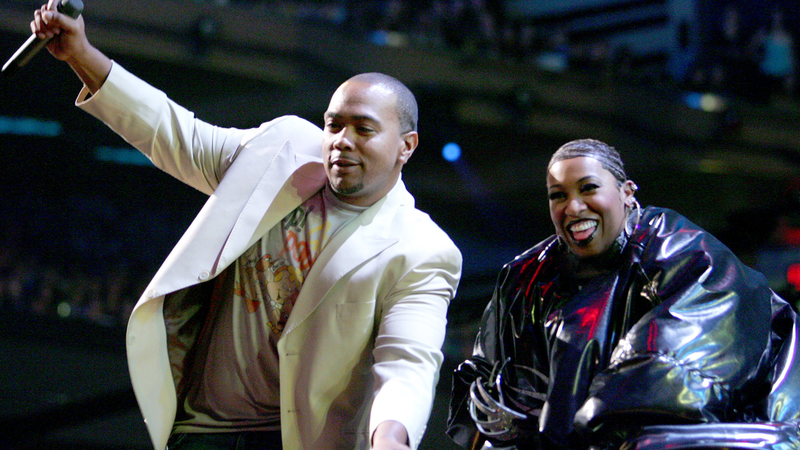 Timbaland and Missy Elliott are a match made in… well Virginia. And now, thanks to some Tim Twitter tease, we know it’ll just be a matter of time before we’re blessed with a joint album from the two long-time collaborators, which he is set to produce.

Asking his followers, Timbaland tweeted, “Who ready for that Missy Elliott Timbo album?”, followed by some eyeball emojis. Seemingly starting speculation and also confirming the two have plans to or currently are working together again.

Not sure how we missed it, but even before Timbaland entered the chat, Missy started to sprinkle some vagueness on the Internet on Tuesday December 1, when she posted a video of herself on Twitter just living to the singer’s 1997 track "Bite Our Style (Interlude)" off her debut album, which she captioned "Me & Timbaland falalalala #757 #DMV."

For those unaware DMV has become a popular way to refer to D.C., Maryland, Virginia. And 757 is the area code for the Hampton Roads area of VA that consists of nine independent cities, including Norfolk where Timbo was born and Portsmouth, where Missy was. Sorry, we’re from there — we had to share.

Anyway, back to the music, while those are the only details we know about the joint project so far, the album whenever it does arrive, would make Elliott’s seventh overall, and first since 2005’s The Cookbook. Not counting the release of her 2006 greatest-hits album Respect M.E. or her 2019 EP Iconology.

As fo Timbaland, he hasn’t fully produced an album since Justin Timberlake‘s two 2013 albums, The 20/20 Experience Parts 1 and 2. That said, his one-off productions have been featured on several of Kanye West’s songs on his 2019 album Jesus is King, as well as recent tracks from Megan Thee Stallion and Ludacris.