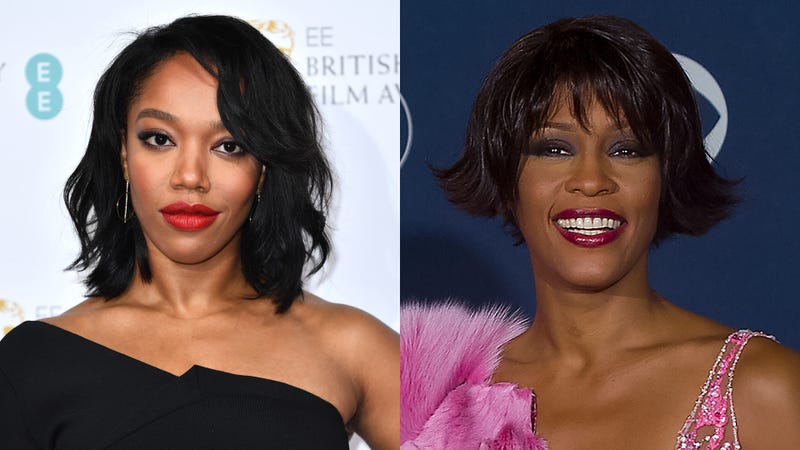 The first trailer for the Whitney Houston biopic is here. Watch Naomi Ackie transform into the iconic singer in the first look at I Wanna Dance With Somebody.

Described as a “no-holds-barred portrait of the complex and multifaceted woman behind The Voice,” by Sony Pictures Entertainment, I Wanna Dance With Somebody is set to recount "the story of a New Jersey choir girl who became one of the best-selling and most awarded recording artists of all time." And that's exactly what the film’s brand new two-minute trailer teases. Taking fans on a journey of the most memorable moments of Whitney’s career.

From the night the legendary vocal powerhouse was discovered by famous record executive Clive Davis (played by Stanley Tucci), to her unforgettable, goosebump giving, Earth-shifting rendition of the national anthem at the 1991 Super Bowl.

Reflecting on the great honor and challenge of playing the legendary singer during an interview back in May 2021, Ackie assured she was preparing for the part, “I am doing the work," she said. Adding, “I’m going to try my best because that woman — it sends shivers down my spine how much she means to me, the world, Black women, African American women — that I'm going to throw my everything into making sure she is represented properly." Naomi continued, "I just want to tell her story. And I think when I'm able to simplify it down to that, I'll be able to handle the pressure.”

I Wanna Dance With Somebody is set to hit theaters on December 21, check out the trailer below.