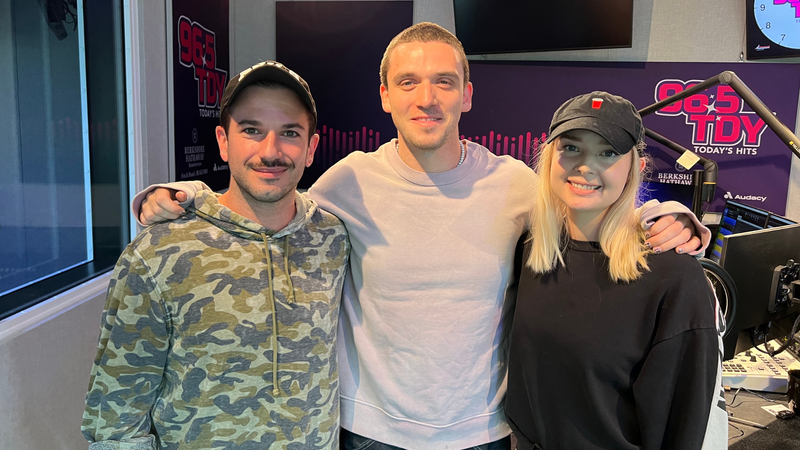 California-born and Philly-raised singer and songwriter Lauv joined Audacy's Bennett & Raven at 96.5 TDY in Philadelphia this week to talk about his brand new album, connecting with his inner child during the recording and writing process, and learning to freestyle rap as part of its creation. Plus he'll be giving fans a special "walk through the ages" on his upcoming tour.

Lauv's All 4 Nothing is set for release on August 5, and during the writing of the album, he says he took a different approach from past projects. What started as a joke, learning to freestyle rap actually became a technique that he brought into the recording studio. "My whole thing with the album was trying to get back in touch with the most raw, honest, and in the moment part of myself," he explains. "Freestyling was such a fun way to do that. So basically, what I would do... we would just get a vibe going and I would get on the mic for like 5 or 10 minutes... Usually I would know by the end of that 5 or 10 minutes whether it would turn into a song or if it was time to move on."

"There's some really dope songs that are super different. The album in general is a little different for me," he adds. "Some of the songs are more classic Lauv songs; some of them are definitely an evolution. There's some extras that I'd love to either put on a deluxe or drop them in some other secret way."

All 4 Nothing, Lauv says, "is very much about connecting with my inner child and my inner light. I felt like at the beginning of COVID, I think everybody went through their own journey with it. I felt super anxious and really disconnected from myself but also disconnected from the outer world because I felt like the pressures of my career... and being really obsessive with my anxiety, I had gotten myself out on an island where I just wasn't feeling like me. and I was upholding this image that was really tough for me. The album is very much about, 'OK I need to get back in touch with the true Ari,' the kid that I was and have always been." 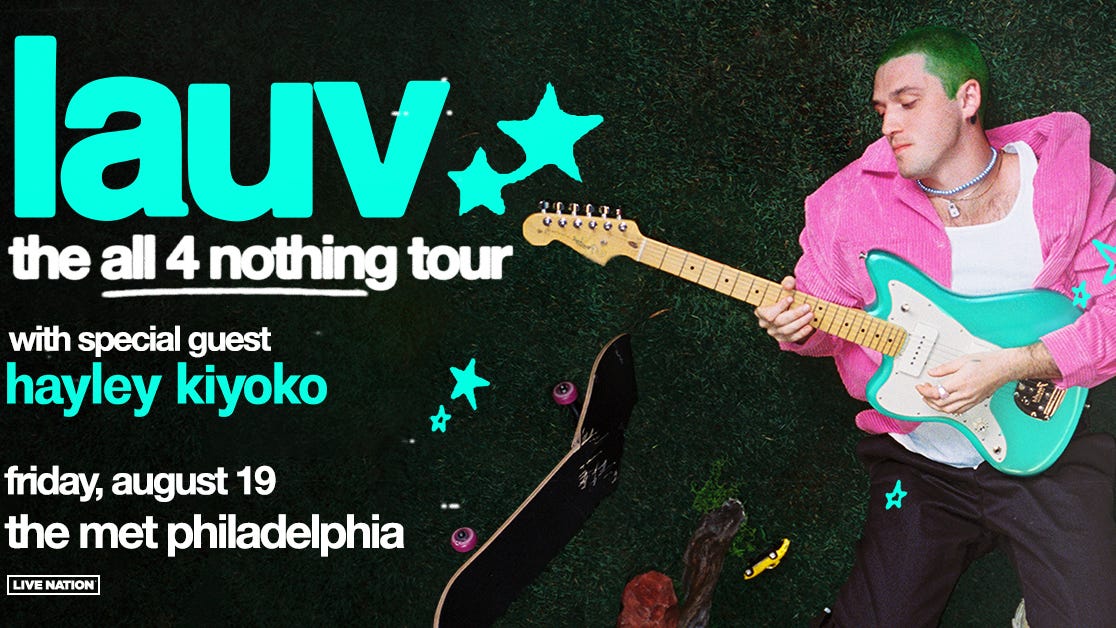 Getting back out in front of fans will also certainly be a part of that reconnection. "I'm so excited to tour again, especially because I'll have like two albums worth of new music," he says, while also promising a ton of past fan favorites. "It's gonna be a nice 'walk through the ages of Lauv,' it's gonna be great."

Of course, being on the road can have its ups and downs, but Lauv is ready to take the challenges head on. "I think parts of [touring] are really good; but parts of it are hard. The shows are so fun and fulfilling... so I feel like that is huge for me. But definitely, the traveling and the downtime is a harder side of it; the moments where I'm not doing something and the inconsistency. Also, the highs and lows; I feel like, chemically, for your brain to be playing these crazy shows and then waking up... it can be a little intense."

Also during their chat, Lauv dives into what he was like growing up; his experience recently performing at his former high school, Radnor, for their 2022 graduating class; and his favorite Wawa item of choice, during this semi-hometown visit. Check out the full interview now, and stay tuned for more conversations with your favorite artists!