The shutout continued, and in the process, the Eagles continued one weird Commanders streak and ended another.

On the Commanders’ third drive of the second half, they got deep into Eagles territory for the first time…but after failing to convert a third-and-12 at the 29, settling for a Joey Slye 47-yard field goal that made it 24-3.

For about 15 seconds, that is, as a penalty on Philly’s Jordan Davis for lining up over the center gave the Commanders a first down, and wiped what was Slye’s first field goal attempt of the season.

The Commanders then got a 10-yard pass to Terry McLaurin to set up first and goal at the four, but after an incompletion, a 10-yard loss, and a Carson Wentz scramble, Washington went for it on fourth-and-goal at the one yard line and did not get it, Logan Thomas stopped by Avonte Maddox on a shovel pass. 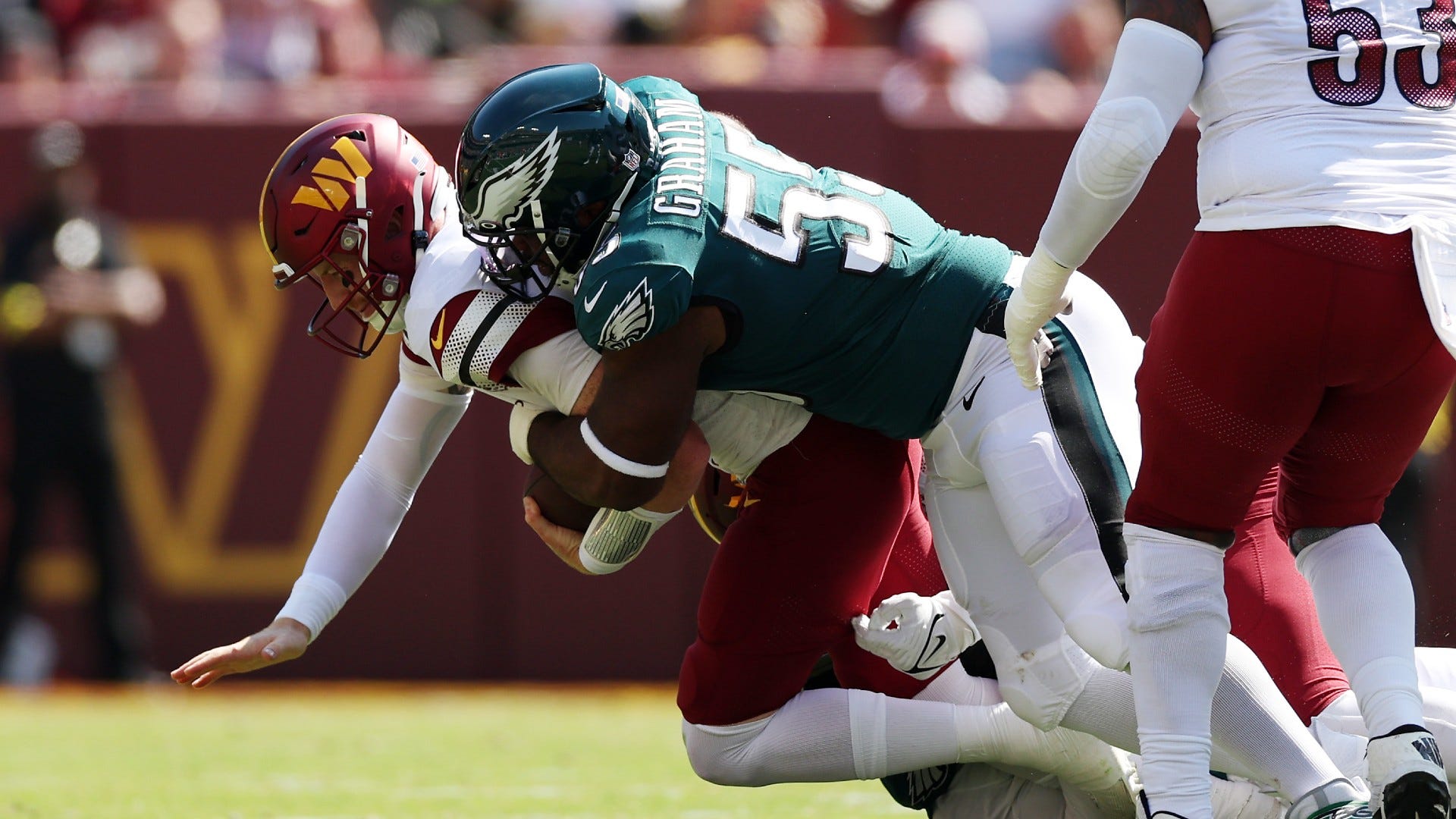 That ended a 15-play, 93-yard drive with no points, and ended Washington’s perfect record, as they had been five-for-five scoring touchdowns when they got in the red zone (hence Slye not having a field goal attempt until the second half of Week 3).

Washington did get their first points of the day one play later, though, as Boston Scott was stopped in the end zone by Duron Payne for a safety, which made it 24-2 and gave the Commanders the ball back at the Eagles’ 40 after the free kick…but once again they came up empty, as after reaching the Eagles; 14, the Commanders took a two-yard loss, a sack, an incompletion, and then another sack on 4th-and-22.