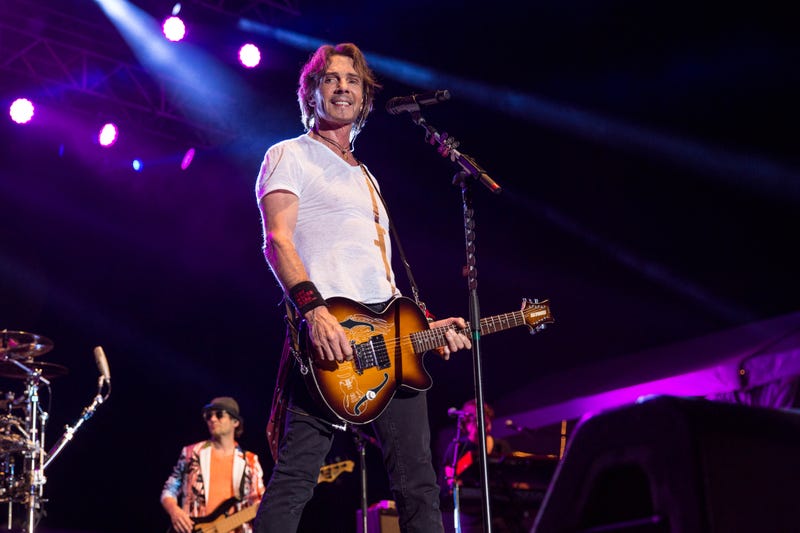 Grammy award winning recording artist, actor and novelist, Rick Springfield is back with more content for your listening and viewing pleasure. His 1981 album Working Class Dog — which featured the smash hit, Jessie's Girl — turns 40 this year and the singer isn't planning on slowing down any time soon.

Springfield is kicking off the celebration for "The Year of the Dog" with a special pay-per-view concert film, "Orchestrating My Life" on Valentine's Day.

Premieres this Sunday on Valentine’s Day! 💕 For pay-per-view tickets hop on over to https://t.co/AyGjMqhH00 🎟 pic.twitter.com/k0kJ8cu8Gp

In addition to wanting to spend Valentine's Day with you, Springfield hopes you'll download his latest novel, "World on Fire" on Audible. Simply sit back, relax and listen to his mellifluous tones as he tells a story of dark humor and a re-imagining of our future with some magic you won't see coming.

🌏🔥Out today! My new novel ‘World On Fire’ (audiobook 🎧📖 ) is available today exclusively on @audible_com ! Get your copy here: https://t.co/5Nvli3bVbz pic.twitter.com/VfFZlWFqDw

Christine and Salt caught up with Rick Springfield in his Los Angeles studio where they talked about the upcoming concert film, his latest novel (which happens to take place during a pandemic) his rum business venture with Sammy Hagar, the Covid vaccine, General Hospital and yes, even weed! Check out the video interview below or scroll down for the audio version.

A post shared by Christine and Salt 96.5 TIC (@christineandsalt)