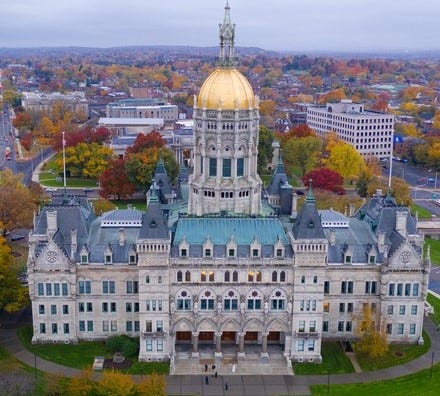 Hartford, Conn./WTIC Radio - Governor Lamont has tapped Mark Kohler to serve out the remainder of outgoing Secretary of the State Denise Merrill.

Merrill announced this week she would resign effective at noon today.

State statute stipulates the governor fills the position if the General Assembly is not in session.

Kohler, a North Haven resident, retired earlier this year after 30 years in the Office of the State Attorney General.

He served that agency in several capacities, including as head of the Special Litigation Department and public utilities unit.

“Mark is incredibly well-respected as a levelheaded, tactful, and experienced attorney who has a considerable understanding of Connecticut state statutes, particularly those concerning the operations of our elections and government administration,” Governor Lamont said.

“I am honored and humbled to be named by Governor Ned Lamont to serve out the remainder of this term and continue my public service on behalf of the people of the State of Connecticut,” Kohler said.

There are currently five candidates among Democrats and Republicans who vying for the position.

They will square off in their respective party primaries in August.