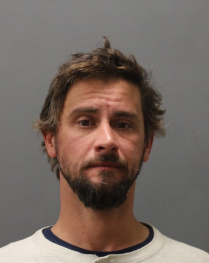 Police said the investigation began after they received a report fro the  Department of  Children and Families after the toddler was admitted to Connecticut Children's Medical Center suffering severe injuries.

After police interviewed the involved parties, they applied for an arrest warrant for Sean Holmes, 38.

He was taken into custody last night at his residence after resisting arrest.

He appears in State Superior Court in Danielson today, charged with first degree assault and  risk of injury  to a minor.