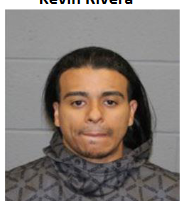 Police said on the 24th they executed a search warrant at an apartment on Williams Street.

According to Police, they arrested Kevin Rivera, 26, of that address. Police said he possessed 3- thousand bags of heroin, 47 grams of raw heroin, 206 grams of crack cocaine, drug paraphernalia and a 9mm semi-automatic rifle.

Further, Police said he also possessed nearly 12-hundred dollars in cash. Rivera failed to possess a Connecticut pistol permit and was  also subject to a protective order, prohibiting from having a firearm.

Rivera's due in court today. His bond is set at 750-thousand dollars.