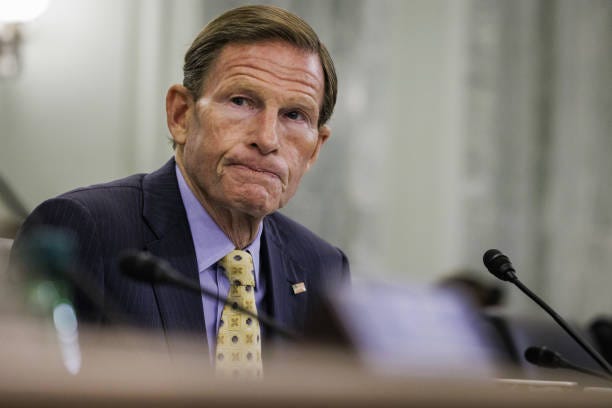 Some 963 Americans are on a new Kremlin list of people banned from Russia.
President Joe Biden and many senior U.S. officials are on the list.

Sen. Richard Blumenthal reacted by saying it is an honor from a "barbaric butcher," in a reference to Russian President Vladimir Putin. Connecticut's other Democratic senator, Chris Murphy, agrees, calling the designation a "badge of honor."