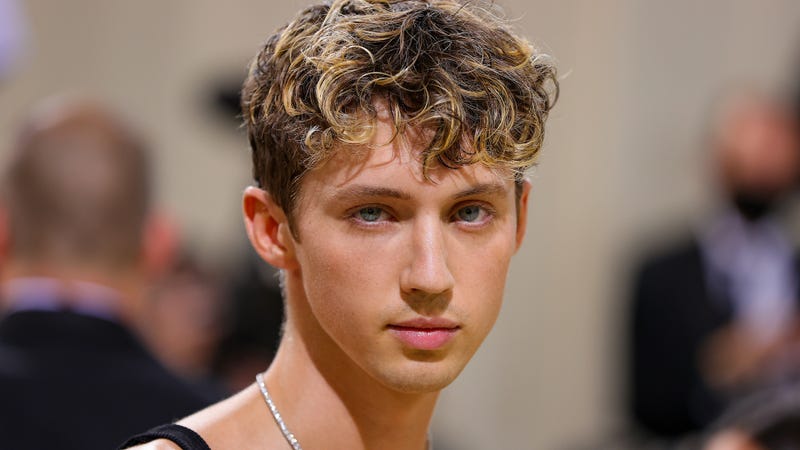 Troye Sivan’s latest single, “Angel Baby,” is a song dedicated to celebrating queerness and fantasy, but the prideful song isn’t the only “Angel Baby” in Troye’s life. The Australian-born singer is the loving father of a sweet, 4-legged dog, who hilariously almost had the same name as Audacy’s Bubba from The Bubba Show.

“I almost named by dog Bubba,” The 26 year-old told Melanie Taylor and Bubba of the Bubba Show. “I’m Jewish, so we call cute things ‘Bubba’ or ‘Bubby,’ and I kind of loved it as a dog’s name. But it’s nice as a human name as well,” he laughed.

“I call him Bubba all the time, I’m like ‘Hey Bubba, how’s it going?!’ But it’s not his name,” Sivan, who ended up naming the playful Pit-mix, Nash shared.

While it’s easy to relate to the Australian-born singer’s love for the name Bubba and status as a dog-parent, it’s hard to comprehend the tremendous success he’s had as an artist. Accomplishments so big, even Troye has a hard time wrapping his head around them.

“My earliest memories are me, like hiding behind the curtains in my parent’s bedroom and I would make them say, ‘Ladies and gentlemen — Troye!’ And I would pop out and sing Backstreet Boys or something,” he recalled. “I’m very aware of the fact — it sounds so cheesy — but, I’m living my dream, you know? But I don’t really think about the numbers and stuff…. The chance of this [fame] happening to me is so, so, so, so slim and that’s not lost on me.”

Also not lost on Sivan is the trust he’s established with fans — a career accomplishment he is immensely proud of.

“I feel like people trust me and that’s all I’ve ever really wanted,” he said. “I’ve never really strived to be like, the biggest artist in the world or anything like that. All I want is the opportunity to make stuff, you know? And people so far, have trusted me enough to do that. They keep giving me these opportunities to make an album, or be in a film, or be in a fashion show… people are giving me these oppo