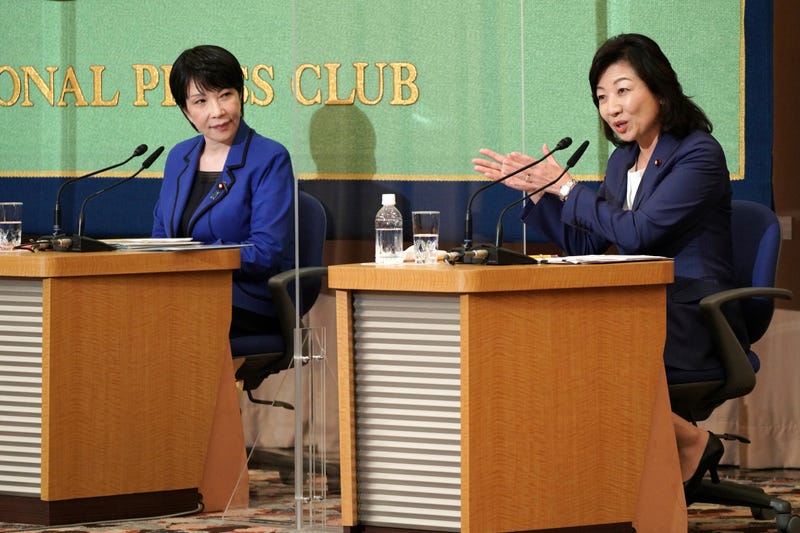 TOKYO (AP) — The inclusion of two women among the four candidates vying to become the next prime minister seems like a big step forward for Japan's notoriously sexist politics. But their fate is in the hands of a conservative, mostly male governing party — and the leading female candidate has been criticized by observers for her right-wing gender policies.

Sanae Takaichi and Seiko Noda are the first women in 13 years seeking the leadership of the ruling Liberal Democratic Party in an election Wednesday. The winner is certain to become the next prime minister because of a parliamentary majority held by the LDP and its coalition partner.

While both are LDP members, they are political opposites in many ways. The ultra-conservative Takaichi advocates a kind of paternalistic nationalism and a stronger military, while the liberal-leaning, pacifist Noda supports women’s advancement and sexual diversity.

“As tiny minorities in Japanese politics, women have limited choices to survive and succeed; they can confront the boys' club politics or they can be loyal to them,” said Mayumi Taniguchi, an expert on women's roles in society and politics at the Osaka University of Arts.