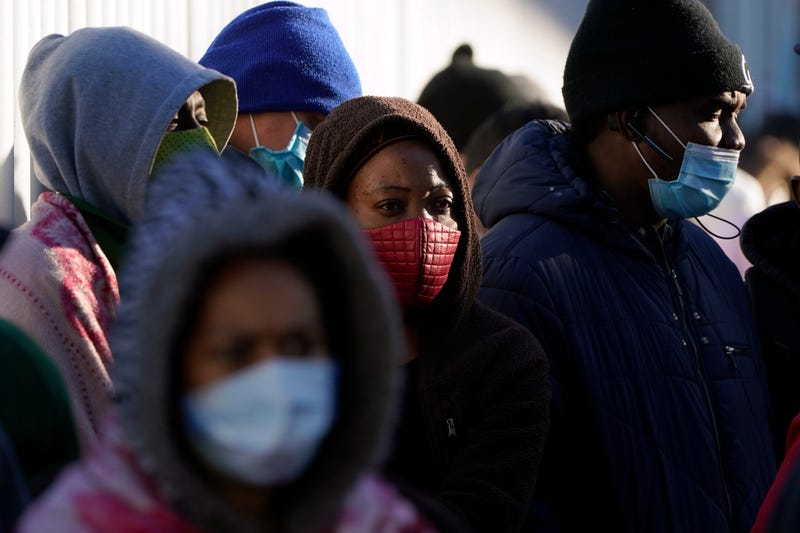 MEXICO CITY (AP) — In the first five days since the administration of U.S. President Joe Biden began to process the thousands of asylum seekers waiting in Mexico, the United Nations High Commissioner for Refugees registered 12,000 people. That’s nearly half the 25,000 active cases the U.S. government has cited.

Migrants who have waited in Mexico and elsewhere to get hearings on their U.S. asylum requests are dealing now with a mix of hope and frustration, along with overloaded websites and telephone lines that never stop ringing.

The hurdles are far better than the seemingly endless wait often in wretched conditions of tens of thousands of asylum seekers forced to choose between waiting in Mexico — or returning to Central America — under the Migrant Protection Protocols, or Remain in Mexico program. Instituted by the Trump administration in January 2019, the program sought to discourage asylum seekers by making them wait in Mexico rather than releasing them with orders to appear for future court dates in the U.S.

On Wednesday, the U.S. Department of Homeland Security announced it would begin processing asylum seekers with registered cases who have been living in a tent encampment on the banks of the Rio Grande in Matamoros, Mexico. Life in the camp has always been precarious, but it was especially hard hit by frigid winter weather that hit Texas and northern Mexico last week. Processing residents of the camp is a priority for the Biden administration, the statement said.

Last week, the U.S. government began processing a small number of asylum seekers with active cases in San Diego. The processing is expected to expand to El Paso soon.

According to preliminary data shared by UNHCR, of the 12,000 people who have registered, some 4,000 are children or dependents and about 1,200 registered from outside Mexico.

Some of that last group registered from the United States, suggesting that they may have entered the country illegally after making their initial asylum petition. The others registered from Central America where they returned to their native countries rather than remain in the often dangerous Mexican cities at the border.

“I’m like I believe, I don’t believe it, I have a mix of feelings,” said a Cuban teacher from the border city of Reynosa where she been waiting for almost two years. She requested anonymity because she had been kidnapped previously in the city.

After many frustrated attempts, she managed to register and received a WhatsApp message asking for her patience as technical difficulties were resolved. “Now just wait for the call,” she said.

That call will be the third step in the process. Monica Vázquez, UNHCR’s liaison to the migrants, said that first they have to check online to confirm their case is active. Then they have to register with UNHCR where they will receive an email with a date and time for a telephone call.

On that call, they confirm their information and try to determine if the person can be considered particularly vulnerable, which could move them to the front of the line. They also try to determine whether the person is part of a family unit that could encompass multiple cases that could be joined together. In some cases, applicants have had children during the time they’ve been waiting.

Later, the asylum seeker receives a second call in which they are assigned a date to appear at a center to prepare to cross the border. There the person’s identity is confirmed, documents are prepared, they are given a COVID-19 test and if it results negative they are taken to the border. The U.N.’s International Organization for Migration handles those last two steps.

Jeremy MacGillivray, an IOM representative in Mexico, said that exactly where all of the eligible migrants are in Mexico is still unknown. But as that becomes clearer, they plan to organize buses or even planes to transport them.

“It’s very important to reiterate that the people do not move from where they are until they have clear communication from UNHCR, because it would be a great risk to try to move without this accompaniment,” he said.

Processing in Matamoros has special requirements. The camp has been there for almost two years and has many needs. It’s also a city firmly controlled by drug cartels.

U.N. agencies have already detected cases of people posting false numbers on social networks and promising to speed up the process for a fee.

Vázquez said migrants must be assured that the process is free and they should not pay anyone.

Francisco Gallardo, director of the Casa del Migrante shelter in Matamoros, said of the migrants: “They are stressed and very nervous.”