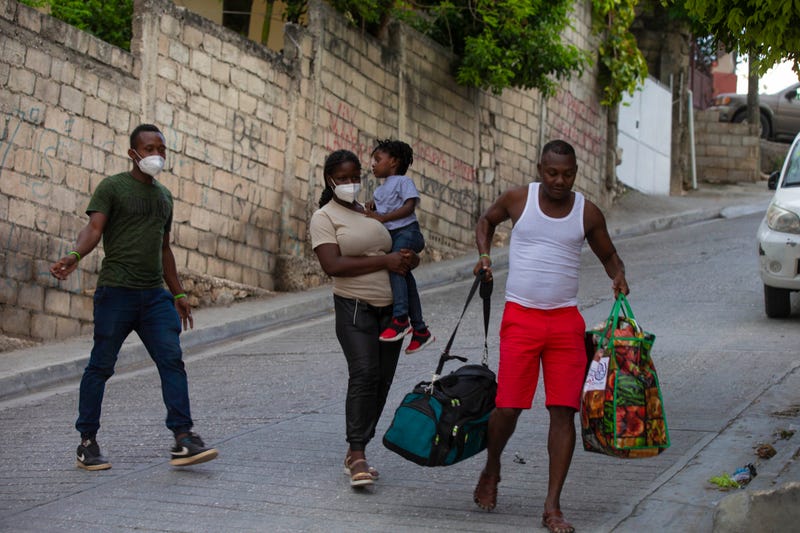 The authorities had called out numbers corresponding to raffle-like tickets the Haitians had been issued when they were detained after crossing the border into Texas. As each number was called, another bedraggled immigrant stood up.

“Everyone was happy,” recalled Jhon Celestin. “But I was not happy. I saw it was a lie.”

The prize was a one-way trip back to the place they had so desperately wanted to escape. And so it was that Celestin arrived in Haiti aboard the last flight Wednesday to the capital of Port-au-Prince, a city the 38-year-old left three years ago in search of a better-paying job to help support his family.

He is among some 2,000 migrants that the U.S. expelled to Haiti this week via more than 17 flights, with more scheduled in upcoming days. Staying in Haiti is not an option for many of them. Like Celestin, they plan to flee their country again as soon as they can.

It had stopped drizzling as Celestin left the airport and stepped out into streets choked with dust and smoke, carrying a bag in one hand and his 2-year-old daughter in the other.

Chloe, born in Chile, looked around quietly at her new surroundings as Celestin and his wife asked to borrow someone’s phone to call a tax