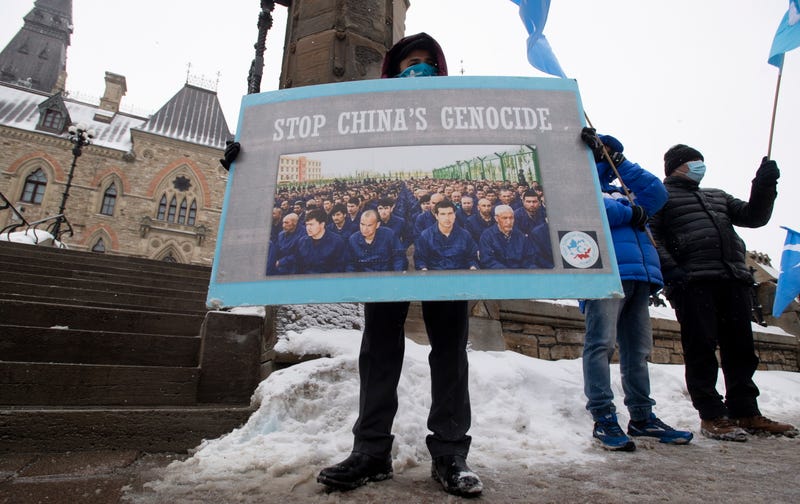 TORONTO (AP) — Canada’s House of Commons voted Monday to declare that China is committing genocide against more than 1 million Uighurs in the western Xinjiang region but Prime Minister Justin Trudeau and his Cabinet abstained from the vote.

The non-binding motion passed 266-0 as virtually all but Trudeau and his Cabinet voted for the measure that also called on the International Olympic Committee to move the 2022 Winter Olympics from Beijing.

A senior government official said declaring something in Parliament is not going to adequately get results in China and that work with international allies and partners is needed. The official spoke on condition of anonymity as they were not authorized to speak publicly about the matter.

Liberal Foreign Minister Marc Garneau abstained like the rest of the Cabinet. He said in a statement there should be a credible international investigation in response to allegations of genocide.

“We remain deeply disturbed by horrific reports of human rights violations in Xinjiang, including the use of arbitrary detention, political re-education, forced labor, torture and forced sterilization,” Garneau said.

Opposition Conservative Party leader Erin O’Toole said he’s calling on the government to confirm the statement passed by the House of Commons and work with allies like the U.S. to push for an end to the camps and conduct by China.

“There is real suffering going on in China. There is a genocide happening,” O'Toole said. “Our values are not for sale. And Mr. Trudeau needed to send that message today and he failed."

Former U.S. Secretary of State Mike Pompeo declared before he left office that China’s policies against Xinjiang’s Muslims and ethnic minorities constituted crimes against humanity and genocide. His successor, Antony Blinken, reiterated the statement on his first day in office.

Researchers and rights groups estimate that since 2016, China has rounded up a million or more Uighurs and other minorities into prisons and vast indoctrination camps that the state calls training centers.