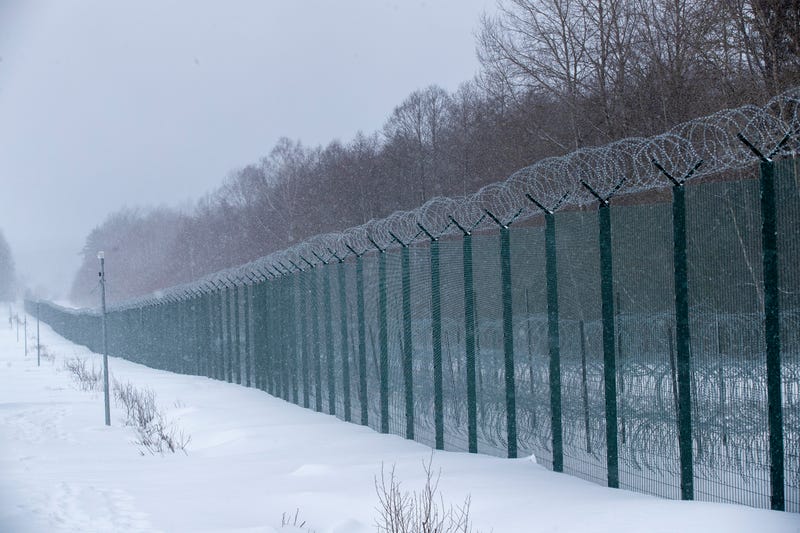 VILNIUS, Lithuania (AP) — Ministers from European Union nations under pressure from unauthorized border crossings asked Friday for more action to protect the bloc’s external borders as well as for rules to return migrants to their homelands or where they started their journeys.

The ministers described the influx of thousands of migrants as dramatic and urged swift actions, including reinforcing the EU's borders and cracking down on people smugglers to protect both EU citizens and the lives of migrants and refugees from the Middle East, Africa and Asia who undertake hazardous journeys to reach Europe.

“We must protect our borders from aggression, and we need to protect our people,” Johansson told more than 30 officials at the Conference on Border Management.

Doing that, she said, requires stopping people who are fleeing poverty and conflicts in their home countries from starting out on dangerous migration routes. But she also stressed the need for a new European system for returning migrants to their homelands if they have no permission to stay in the EU.

“We have to prevent people from departing on smuggling routes and to swiftly return people to the country of origin when they have no right to stay. We can do much more on returns if we establish a European return system. But I need your support to do that,” Johansson told the participants.

She said she will discuss the plan in more detail at a meeting in France next month.

“We can't wait until we have desperate migrants at our borders. We need to act sooner," Johansson said, stressing that preventative actions must respect the rights of individuals to seek asylum.

In a joint statement, 16 EU nations urged amendments to the Schengen Borders Code to blacklist transport operators involved in human smuggling and trafficking of people into the EU. They called for reducing “incentives for illegal migration ” and for preventing the abuse of the asylum system. They said the EU should also contribute “adequate” financial support for the protective measures.

Notis Mitarachi, Greece's minister of migration and asylum, which faces heavy migrant pressures on its sea borders and on its land border with Turkey, said the current system is not working.

Poland and the Baltic states of Estonia, Latvia, and Lithuania have seen a wave of migrants trying to cross illegally into the EU from Belarus, encouraged by that nation's authoritarian president.

Poland is about to start building a tall, permanent metal wall with electronic surveillance systems along its land border with Belarus to prevent unauthorized entries. Lithuania is also building 500 kilometers (310 miles) of a wall on its border with Belarus.