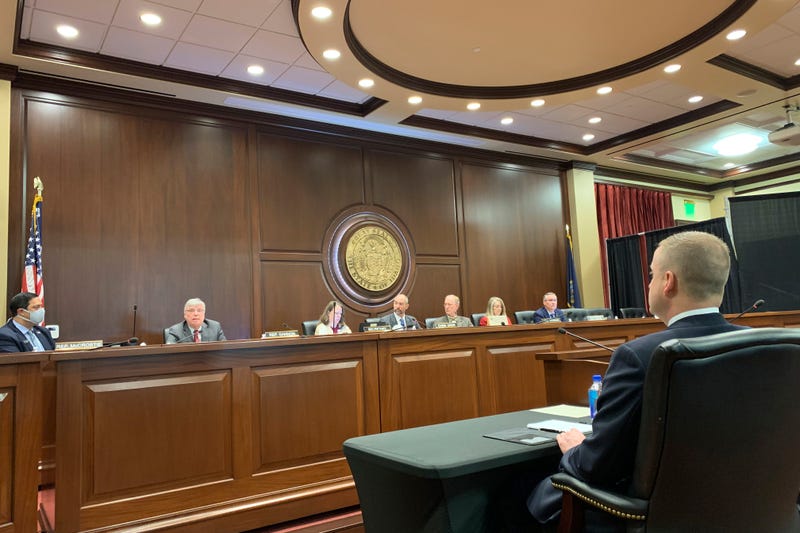 BOISE, Idaho (AP) — The harassment began soon after a report by a 19-year-old intern, who alleged an Idaho lawmaker raped her, became public.

One state representative sought a copy of the police report and made inquiries into how the young woman herself could be referred for criminal charges for reporting the alleged rape.

Another shared links to a far-right blog post that included the intern’s name, photo and personal details about her life with thousands of people in a newsletter and on social media.

And members of a far-right, anti-government activist group tried to follow and harass the young woman after she was called to testify in a legislative public ethics hearing.

“I can take criticism. I can take people laying out their opinion on me,” the intern told The Associated Press in a phone interview Sunday evening. “But this, it’s just overwhelming.”

The AP doesn’t name people who report sexual assault unless they agree to be publicly named. The intern asked to use the name “Jane Doe,” which is the name she testified under during a legislative ethics committee hearing last week.

The investigation into then-Rep. Aaron von Ehlinger, a Republican from Lewiston, underscores why many alleged sex crimes go unreported.

While the #MeToo movement made it clear that sexual harassment and assault remains a widespread problem, survivors can face stigma and disbelief when they come forward.

About three out of every four sexual assaults go unreported, according to the Rape and Incest National Network. And data from the U.S. Bureau of Justice Statistics shows that as many as one-fifth of sexual violence survivors who chose not to report their crimes to police cited the fear of retaliation as a primary reason.

The Idaho probe began in March after the intern reported that the lawmaker raped her in his apartment after they went to a Boise restaurant. Von Ehlinger has denied all wrongdoing and maintains they had consensual sex. The Boise Police Department is investigating.

A legislative ethics committee voted unanimously last week that Von Ehlinger engaged in “conduct unbecoming” a lawmaker. He resigned before the full House could vote on whether to remove him from office.

But the harassment faced by Doe did not stop. Members of the far-right are still attacking, some calling her disparaging names and posting her photo.

“You know that photo everyone is posting? I’m 12 years old in that photo. I’m not even a teenager in that photo, and they’re sharing it calling me nasty,” Doe said. “But the truth cannot be altered.”

Doe first began working in the Idaho Statehouse a year ago, helping with legislative committees under the Legislature’s high school “page” program.

She came back this year as an intern, hoping to prepare for a future career in government. She said she agreed to von Ehlinger’s dinner invitation because she was hoping to network and was excited to go to a restaurant that cost far more than what she could afford on her near-minimum wage salary.

After dinner, von Ehlinger brought her back to his apartment rather than her car because he said he’d forgotten something. Once there, Doe said, he pinned her down and forced her to perform oral sex, despite the fact that she said “no” in several ways and froze. Doe is petite, and von Ehlinger is bigger, she said.

“He has a collection of guns. Fight or flight was never an option,” she said.