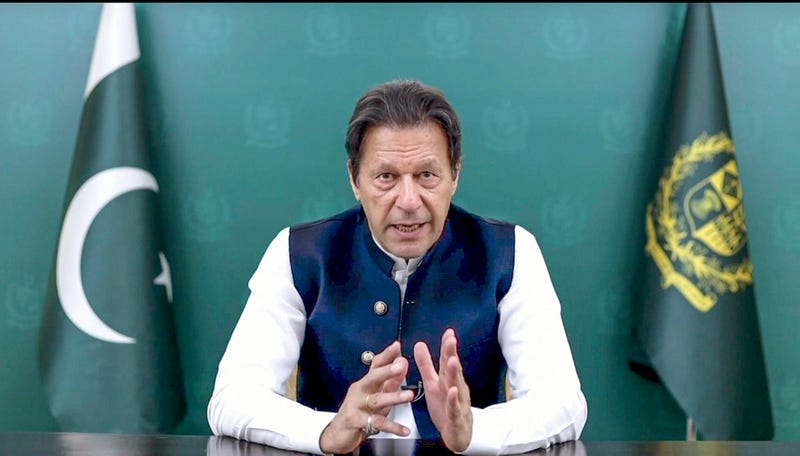 NEW YORK (AP) — Prime Minister Imran Khan sought to cast Pakistan as the victim of American ungratefulness and an international double standard in his address to the United Nations General Assembly on Friday.

In a prerecorded speech aired during the evening, the Pakistani prime minister touched on a range of topics that included climate change, global Islamophobia and “the plunder of the developing world by their corrupt elites” — the latter of which he likened to what the East India Company did to India.

It was for India's government that Khan reserved his harshest words, once again labeling Indian Prime Minister Narendra Modi's Hindu nationalist government “fascist.” But the cricketer turned posh international celebrity turned politician was in turn indignant and plaintive as he painted the United States as an abandoner of both Pakistan and neighboring Afghanistan.

“For the current situation in Afghanistan, for some reason, Pakistan has been blamed for the turn of events, by politicians in the United States and some politicians in Europe,” Khan said. “From this platform, I want them all to know, the country that suffered the most, apart from Afghanistan, was Pakistan when we joined the U.S. war on terro