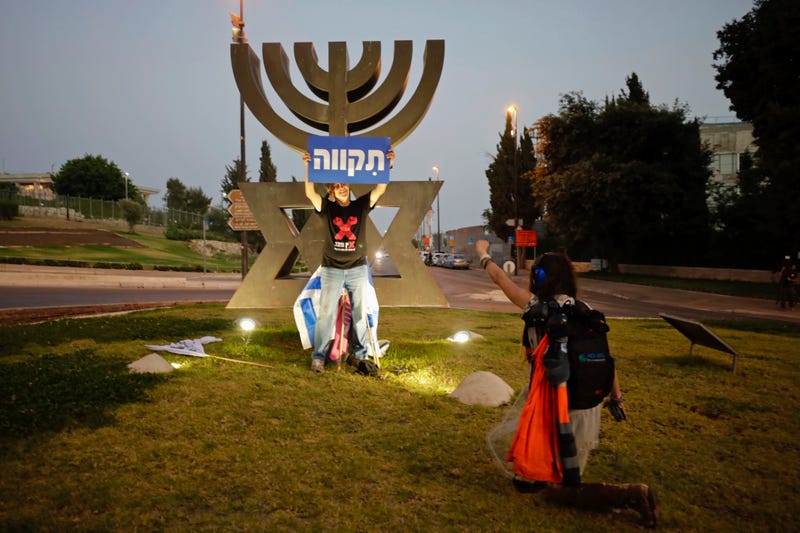 The latest on Israel’s incoming government (all times local):

JERUSALEM — Naftali Bennett, Israel’s first Orthodox Jewish prime minister, has opened the first meeting of his government with a traditional blessing for new beginnings, saying that now’s the time to get to work to mending rifts in the nation.

Bennett addressed the newly sworn in Cabinet Sunday night, saying the country is “at the outset of new days.”

“Citizens of Israel are all looking to us now, and the burden of proof is upon us,” he said. “We must all, for this amazing process to succeed, we must all know to maintain restraint on ideological matters.”

Alternate prime minister Yair Lapid, who will serve as foreign minister for the first two years of the government’s term, said in brief remarks that “friendship and trust” built their government, and that’s what will keep it going.

Abbas spokesman Nabil Abu Rdeneh said Sunday that the Palestinian position remains “adherence to international legitimacy and the two-state solution by establishing an independent Palestinian state on the 1967 borders, with East Jerusalem as its capital.”

The new Israeli government includes a wide spectrum of parties ranging from hard-line nationalists to more dovish supporters of a two-state solution to the Israeli-Palestinian conflict.