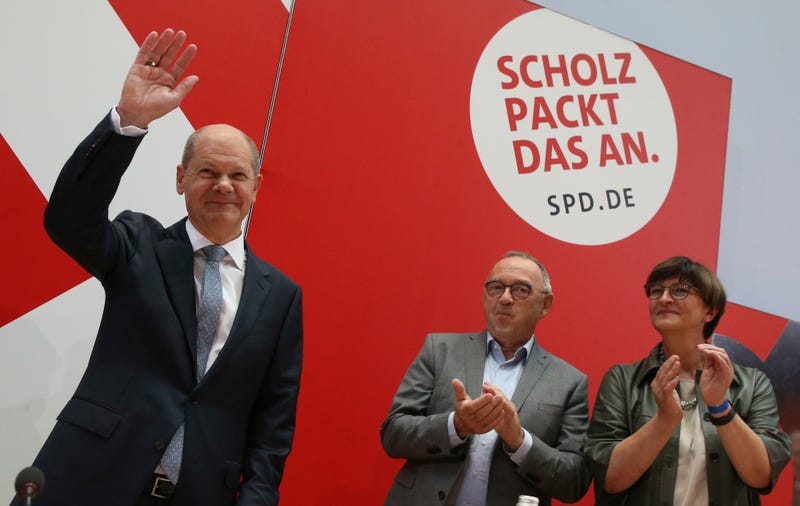 BERLIN (AP) — The party that narrowly beat outgoing German Chancellor Angela Merkel’s bloc pushed Monday for a quick agreement on a coalition government, but Europe’s biggest economy could still be in for weeks of uncertainty after an election that failed to set a clear direction.

Olaf Scholz, the candidate of the center-left Social Democrats, called for Merkel’s center-right Union bloc to go into opposition after its worst-ever result in a national election. Both parties finished with well under 30% of the vote, and that appeared to put the keys to power in the hands of two opposition parties — raising questions over the sta