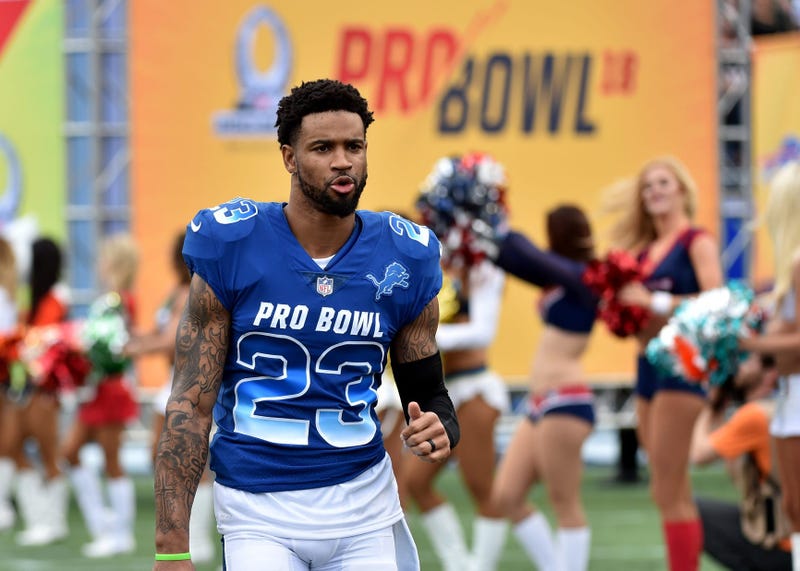 There is movement in the standoffs between the Lions and two of their best players.

Drew Rosenhaus, the agent for both Darius Slay and Damon Harrison, is scheduled to meet with the Lions this week in an effort to secure the duo new contracts, according to the Free Press.

Slay and Harrison skipped OTAs and mandatory mini camp this spring as they angle for more money. There's also possibility they could sit out training camp, which begins next week, if they don't reach an agreement with the team.

Skipping training camp wouldn't come without a cost. Slay and Harrison, who already forfeited about $335,000 for failing to report for OTAs and minicamp, would incur fines of $40,000 per day.

While Harrison has mostly kept mum about his contract dispute, Slay said last month his holdout could indeed extend into training camp.

Harrison, for his part, took to Twitter to spell out his value to the Lions.

Both players can claim to be underpaid.

In terms of average annual salary, Harrison, arguably the best-run stopper in the NFL, ranks 16th among defensive tackles at $9.25 million. And Slay, the only defensive back with at least 10 picks and 40 passes defended over the past two seasons, ranks 13th among cornerbacks at $12 million.

It's unclear how much of a pay bump they're seeking, but it will likely take at least an additional $2 million annually over two additional years. The Lions currently have about $23 million in cap space.

Asked about the absences of Slay and Harrison during minicamp, Matt Patricia said it's nothing he hasn't seen before.

"For us, we roll with different situations that occur all the time during the season -- injuries, guys here, not here, whatever the case may be -- so internally it doesn’t really affect us. We have great opportunities for guys that are here, great opportunities for people to step up and get better and be in positions to have an opportunity," he said.

If the duo fails to report for training camp as well, Patricia's tone may well change.