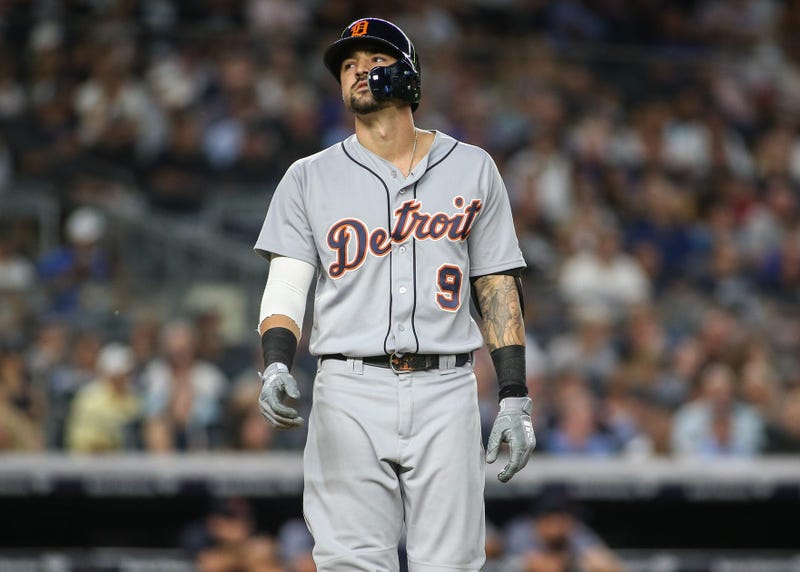 The Tigers want to trade Nicholas Castellanos, and Castellanos wants to be traded -- sooner rather than later. But the phone of Al Avila hasn't exactly been ringing off the hook, leaving the general manager miffed. Surely there should be more interest in a middle-of-the-order hitter coming off a career year.

"With Nick it’s been very frustrating," Avila said Thursday before the Tigers began their winter caravan. "I’ve actually talked to his agent this past winter because (Castellanos) was trying to inquire. I talked to Nick at the end of last year, and nothing has happened so he wanted to see where it was all going. Quite frankly, there’s been no interest at this point.

"I don’t know, it’s just a different market out there."

Part of this has to due with the lack of movement in free agency. With a few big names still available, teams are less interested in players for whom they would have to surrender assets. It's also, no doubt, a reflection of Castellanos' limited ability in right field. A hefty chunk of his value at the plate is wiped out by his shortcomings on defense.

"There’s not really a lot of people coming after him right now," Avila said. "It could change in spring training, it could change during the season, I don’t know. But right now, really, I don’t have anything going on."

And then there's this: Avila isn't going to give Castellanos away for nothing. ("Absolutely not," he said.) The Tigers want a top prospect in exchange for their best player and have no incentive yet to lower their price. Castellanos, who turns 27 in March, is under contract through the 2019 season at a team-friendly price of about $9.5 million.

"At the end of the day, if I had a mandate to cut payroll I could probably move him for nothing. That’s not out goal," said Avila. "He’s a good hitter, we’d love to keep him right here for this year and have him in the middle of our lineup. So unless something worthwhile is there, there's no reason for us to do anything.

"We're happy to keep him and have him in the middle of our lineup. That will help us have a better year."

For the Tigers, trading Castellanos is all about furthering the rebuild. He'll be an unrestricted free agent next winter and probably doesn't fit in the team's long-term plans. If he can indeed be dealt for another high-level prospect, it's in the organization's best interests to pull the trigger.

Castellanos, meanwhile, has seemed to come to terms with his situation. He talked last season about wanting to stay with the Tigers through the rebuild, but several months later it sounds like he's just ready to move on.

His agent, David Meter, recently told the Free Press, “He wants to win and understands the direction of the franchise right now is to procure prospects. That being said, he would rather start with his new club going into spring training.”

But that new club might not be out there -- not at the moment, anyway. A few teams have reportedly inquired about him over the past year, including the Braves, Astros and Phillies, three of the most talent-rich organizations in baseball, but none with enough interest to meet the Tigers' demands.

Barring a sudden change in the market, it's likely Castellanos will start the 2019 season as Detroit's right fielder. And then the clock will start ticking, ever more quickly, as the trade deadline approaches.

"Right now he's got one year to get through," Avila said. "I expect for Nick to come (to camp) in great shape like he always has. He's obviously been one of our better hitters, so I believe he’s going to come in, have a great year and get through it. I don’t think whether he gets traded or not is going to make a difference for him as far as this year in concerned. He’s got another year before free agency."