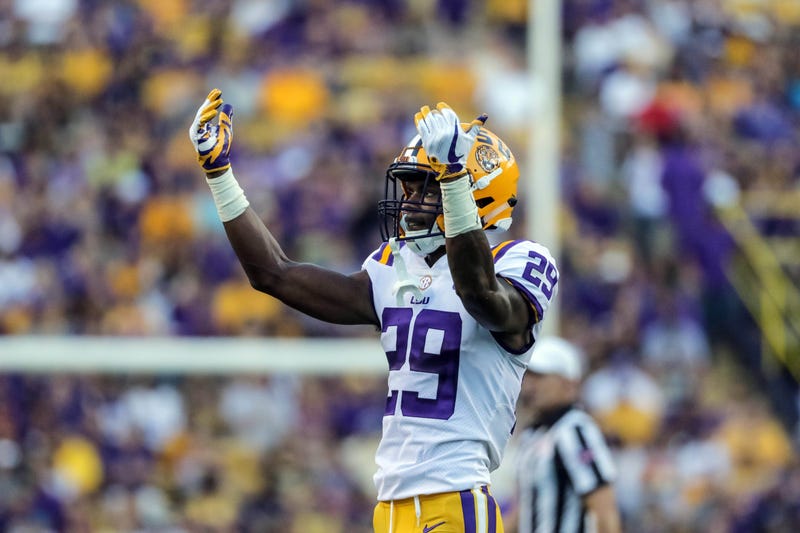 The Lions are in dire need of a cornerback to pair with Darius Slay, and LSU product Greedy Williams is considered the best one in the draft. With Detroit picking eighth overall, Williams appears to fit.

A large portion of the fanbase has already fallen in love with the lanky corner who racked up eight interceptions over two seasons at LSU. With NFL length and athleticism, Williams projects as an immediate starter.

The thought of Williams and Slay forming a lockdown duo is appealing, especially with offenses attacking through the air more than ever.

As with any prospect, though, there are concerns surrounding Williams. Namely, he's not considered a great tackler. His 6'3 frame is light, and he's not all that physical.

Could that dissuade the Lions from drafting him? Maybe so, judging by one quote from a Lions staffer at the combine, via Jeff Risdon of RealGM.com.

Asked about the frequency with which Williams has been connected to the Lions in mock drafts -- that includes Todd McShay's Mock 2.0 last month -- the staffer was 'curtly dismissive' in his reply, according to Risdon.

"Our cornerbacks need to tackle," he said.

Not exactly a ringing endorsement.

Of course, it could be a simple bluff. Never wise to show your hand early in draft season.

Matt Patricia, for what it's worth, was asked earlier this week about how he values tackling when assessing cornerbacks.

"I put a high priority on tackling just in general for our team," he said. "I don’t think we can change that depending on whatever position it is, but you have to try and find the right balance. Obviously the biggest thing they have to be able to do is cover in those situations.

“Understand that some of the players on the other side of the ball are pretty good, too. They’re going to catch the ball, and what you want to make sure happens is that they tackle right away and they don’t turn those plays—whatever they are—into bigger plays.”

Don't take Williams off the Lions' board just yet. But maybe put an asterisk next to his name.