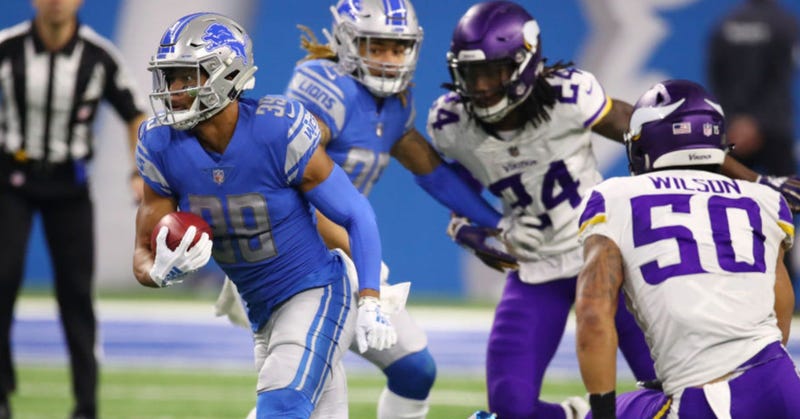 The Detroit Lions’ are taking a good look at what they have in terms of punt returners at OTAs.

While it seems like third-year corner Jamal Agnew is the clear-cut choice, there’s nothing wrong with a little competition.

Obviously, when you have an All-Pro at a position, it’s hard to think that person will lose their job, but it’s the NFL. Crazier things have happened.

During his rookie year, Agnew was almost exclusively a punt returner and was explosive. He averaged over 15 yards per return and tallied on two return touchdowns that paved the way for his First-Team All-Pro selection.

Going into year two, Agnew was given more opportunities on the defensive side of the ball. With Teez Tabor's struggles and the departure of Nevin Lawson, a healthy Agnew could end up as CB3 on Detroit's depth chart behind Darius Slay and Justin Coleman.

Having a bigger role in the defense might limit his punt returning role, which opens the door for others.

Amendola is the veteran and has made a career out of being a well-rounded player who can do just about anything on the gridiron. The 33-year-old has returned 185 punts during his 11-year career. He’s never hit paydirt as a returner, but he averages 9.5 yards per return.

The Lions turned to Powell late in the season after the Agnew and Ellington injuries and the departure of Ameer Abdullah and Golden Tate.

Powell was never really able to have a major impact, only returning two punts for eight yards. However, during the preseason, he returned a punt 80-yards for a touchdown against Tampa Bay Buccaneers.

The Lions are trying to see what they have in the former lax player Kennedy. During a workout for scouts before signing in Detroit, he showed his agility, running 4.06 20-yard shuttle, which was third fastest among wide receivers at the combine. The rookie wide receiver is doing whatever it takes to earn a spot on the roster.

Obviously, it’s incredibly early into the NFL season and position battles won’t truly come to fruition until training camp and preseason, but it’s worth taking an early glimpse into what we can expect. This job is Agnew’s to lose and it may have more to do with an expanded role on the defensive side of the ball than his returning ability.