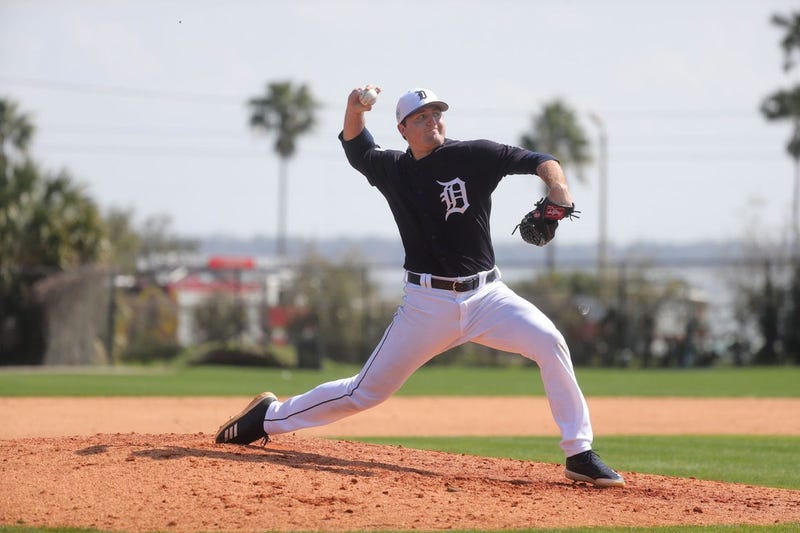 After two outings with Class-A Lakeland to shake the rust off his shoulder, Casey Mize is back with Double-A Erie.

The Tigers promoted him on Friday.

Welcome back, @Casey_Mize!The @Tigers No. 1 / @MLB No. 2 prospect has been returned to Double A Erie, making his way back from a stop on the injured list. pic.twitter.com/jo5hRiPGTO

Mize had spent about a month on the injured list with shoulder inflammation. His first rehab start with Lakeland didn't go as planned, so he made one more before advancing to Erie. Over four innings on Tuesday, Mize showed the Tigers what they needed to see.

The top overall pick in 2018 returns to a loaded rotation in Erie that also features Matt Manning, Alex Faedo and rising prospect Tarik Skubal. Together, those four have produced a 2.71 ERA, 1.03 WHIP and 10.3 strikeouts per nine innings over 45 Double-A starts.

For Mize -- as well as likely Manning and Faedo -- the next stop this season is Triple-A Toledo. The Tigers figure to move him there once they promote Beau Burrows, and possibly Kyle Funkhouser, to the big leagues.

As for a promotion to Detroit for the Tigers' top prospect, don't count on it this year.

"I doubt it," Ron Gardenhire said Thursday, referencing Manning as well. "But we’re going to see some different players come up in September for sure, and that'll be fun. But we’re letting those guys do their. Thing they need to develop. They don’t need to get up here and get beat up."