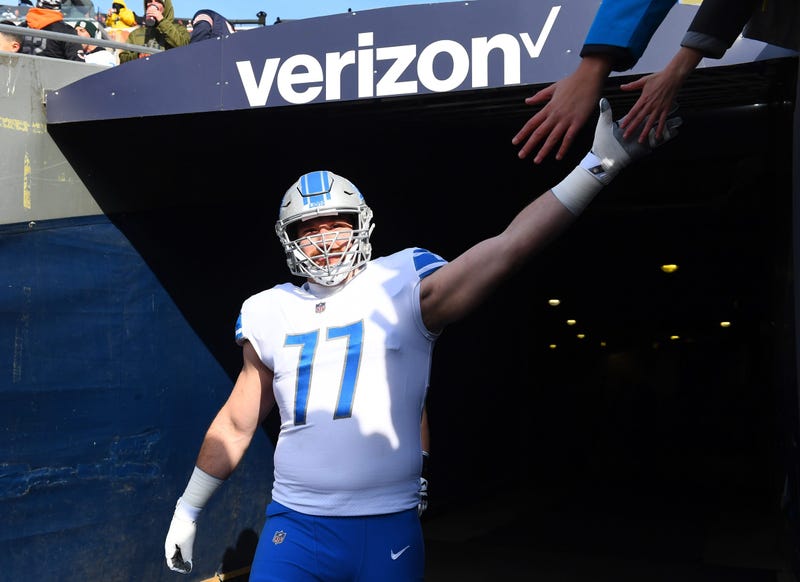 At this time a year ago, two days before the NFL Draft, Frank Ragnow's head was spinning.

His final season at Arkansas, his rehab from an ankle injury, the senior bowl, the combine, that was all behind him. Rookie minicamp, OTAs, training camp, his first NFL season, that was all ahead of him.

He wouldn't get a chance to decompress for several more months.

"You kind of just go, go, go, go and you never get a second to step back and breathe," Ragnow said Tuesday. "I think this offseason I definitely got that opportunity to step back and realize that it was a great learning experience personally.

"Definitely not where I want to be, but to be able to reflect, catch your breath and realize how blessed and lucky you are, it’s been good for me personally."

Detroit's first-round pick in 2018 had an up-and-down first season. At times he looked like a seasoned pro on the interior of the offensive line. At others he looked like the rookie who split time between center and guard in college. His confidence went through the same swings.

"There were a few games where maybe the game got too big for me or I was like, 'Whew, that guy’s good," Ragnow said. "But you have to keep your confidence because you’re here for a reason, I was picked where I was for a reason, and I’m the football player I am today for a reason. Just have to be confident and know that I belong here."