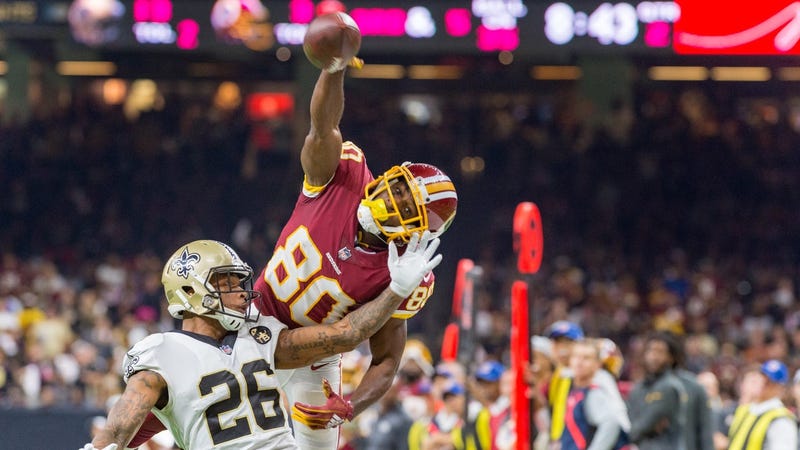 (WWJ) It's that time of the year where the college basketball season is winding down, baseball is starting and everyone has their opinion on what the Detroit Lions should do in free agency.
Sports Illustrated has put out a list named, Ranking the NFL’s Neediest Teams Ahead of Free Agency and the NFL Draft.

They list the Lions primary need as wide receiver. I really don't think that is their biggest need, but maybe that's just me.

According to Sports Illustrated:

Matt Patricia wants his offense to feature Patriots-like tactics such as presnap motion, routes that intersect off the line of scrimmage, and stack and bunch releases. With top wideouts Kenny Golladay and Marvin Jones being vertical receivers, a shifty, Julian Edelman--style possession target is in order. The Lions traded Golden Tate midseason, which suggests they want to find a cheaper option through the draft.

Jamison Crowder? Yes, you did read that right. Crowder's best season came in 2016 where he caught 67 passes for 847 yards and 7 touchdowns. The 25-year-old WR has spent his entire career with the Washington Redskins.

Do you think WR is the Lions biggest need this offseason?