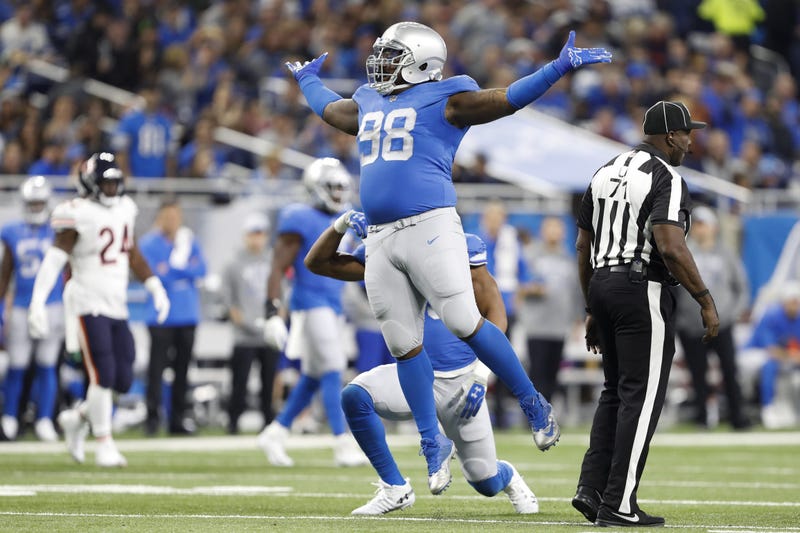 When training camp starts on Thursday for the Lions, star defensive tackle Damon Harrison will be on the field.

With veterans reporting to Allen Park on Wednesday, Harrison told Tom Pelissero of NFL Network, "I'll be there!"

He had skipped OTAs and minicamp, along with Darius Slay, in an effort to get a new deal.

But Harrison, who would have been fined $40,000 per day for skipping training camp, won't extend his holdout any further.

Just said on @nflnetwork: #Lions star DT Damon “Snacks” Harrison tells me “I’ll be there!” when veterans report to camp Wednesday. He and CB Darius Slay sat out minicamp for contract reasons. Doesn’t sound like any new deal yet, but Snacks – a bigtime team leader – plans to show.

The agent for both Harrison and Slay, Drew Rosenhaus, met with the Lions last week in an attempt to find some middle ground. It's unclear, at the moment, if new deals are in the works for either player.

Harrison, one of the best run stoppers in football who completely changed Detriot's defense upon arriving via trade last season, is under contract through 2020. He ranks 16th among defensive tackles with an average annual salary of $9.25 million.

Slay, a Pro-Bowler each of the last two years, ranks 13th among cornerbacks at $12 million. Whether he reports on Wednesday remains to be seen.

That said, it would be a surprise to see Slay continue his holdout after Harrison ended his.