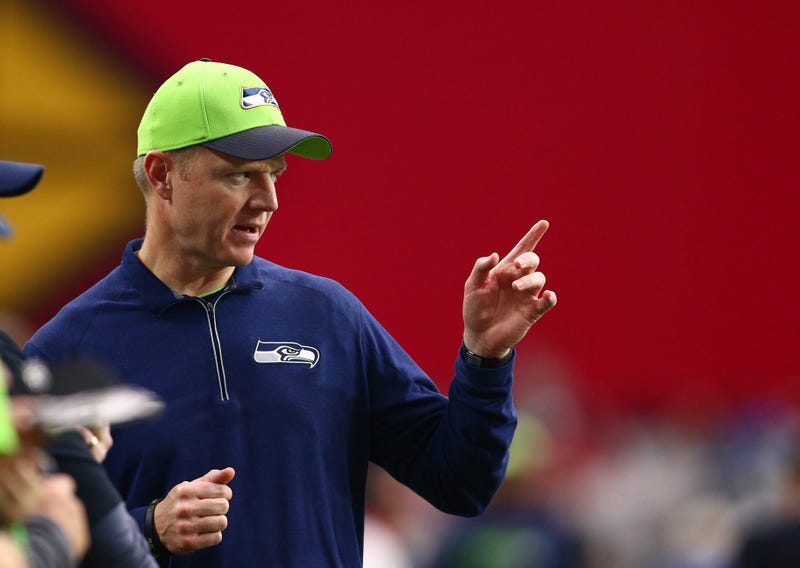 Like never before, the NFL is driven by offense and fueled by the pass. Want to be in vogue? Sling it around and pile up points.

The model came last season when the Rams topped the Chiefs 54-51 on Monday Night Football in a battle of the two highest-scoring teams in the league.

Entering his first season as Lions offensive coordinator, Darrell Bevell isn't necessarily concerned with being current. He wants to be able to control the game with a steady attack on the ground. It's the philosophy he embraced as a quarterback in college and the one he's relied on as a longtime coach in the NFL.

"I believe in it," Bevell told reporters Tuesday. "It’s my background all the way back to when I was playing at Wisconsin. We were a run-first team. Had great success in Minnesota running the football. Went six wins, eight wins, 10 wins 12 wins, NFC Championship game (from 2006 to 2009), so we built it the right way there. Did the same thing in Seattle, built it the right way.

"It is different for the opponent. If you’re playing the Rams and the Chiefs and those teams week in and week out, you're defending the same thing. All of a sudden you play us, there’s going to be different things to defend. They have to decide how they want to do it. They're going to have to personnel it different, so I think it kind of gives you a little bit of a niche that way."

Bevell, 49, entered the NFL as an assistant coach with the Packers in 2000. The league has changed significantly in the years since, but Bevell has mostly stayed true to what he believes in. In a combined 12 seasons as an offensive coordinator, he's produced six top-five rushing attacks. He'll look to make it seven in his first season in Detroit.

If that makes the Lions an outlier in today's NFL, so be it. It also might make them a threat.

"The game has changed a lot since I’ve been in the NFL. I’ve seen it change, but it’s kind of cyclical. It always comes back. And I don’t think necessarily there’s any negative in pushing against the grain sometimes," Bevell said. "Everybody starts doing one thing and then they kind of all get good at either running it or defending it, and sometimes being the one (team) that’s different -- I remember in high school you had some passing teams and then you play the team that runs the Wing-T, and everybody has to learn how to defend that."

Most of all, Bevell wants the Lions offense to be versatile. We saw the makings of this in the team's first season under Matt Patricia, namely in Weeks 3-7 when the Lions won three of four and looked like one of the most balanced offensive teams in the league. Their efficiency running the ball made life easier for Matthew Stafford, who played his best football of the season. Then injuries took their toll.

"We still want to have good tempo about us, we still want to play quickly. There’s a lot of great things that we can still do, but we also want to be multiple," Bevell said. "I know if you ask defensive coordinators, if you just put one (set of) personnel