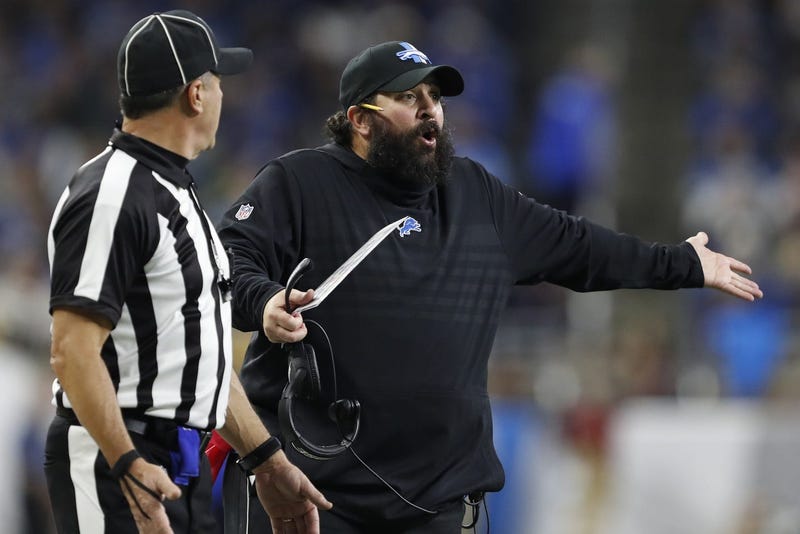 After regressing in year one under Matt Patricia, the Lions can't afford another step back in 2019.

But that's just what USA Today envisions in its predictions for each team this season.

That's despite their lavish spending in free agency, especially on the defensive side of the ball. After that defense surged in the second half of last year, the Lions added the likes of Trey Flowers and Justin Coleman.

But it won't be enough to keep Detroit from a second consecutive last-place finish in the NFC North, according to Davis. He believes the team's schedule will be too challenging to overcome:

"Difficult to envision coach Matt Patricia improving on his 6-10 debut. Four of their eight home dates come against 2018 playoff outfits — a figure that doesn't include the Packers or Vikings. Two West Coast trips in season's first half unlikely to help, either."

In addition to hosting the Bears in Week 13, the Lions host the Chargers (Week 2), the Chiefs (Week 4) and the Cowboys (Week 11). As for their two West Coast trips, they visit the Cardinals in Week 1 and the Raiders in Week 9.

3-3 through the stretch would put the team in good shape. Davis, for his part, doesn't see it.

His picks have become bulletin board material for some teams in the past, including last year's Seahawks, who responded to Davis last-place prediction by making the playoffs. We'll see if the Lions use this snub as similar fuel.