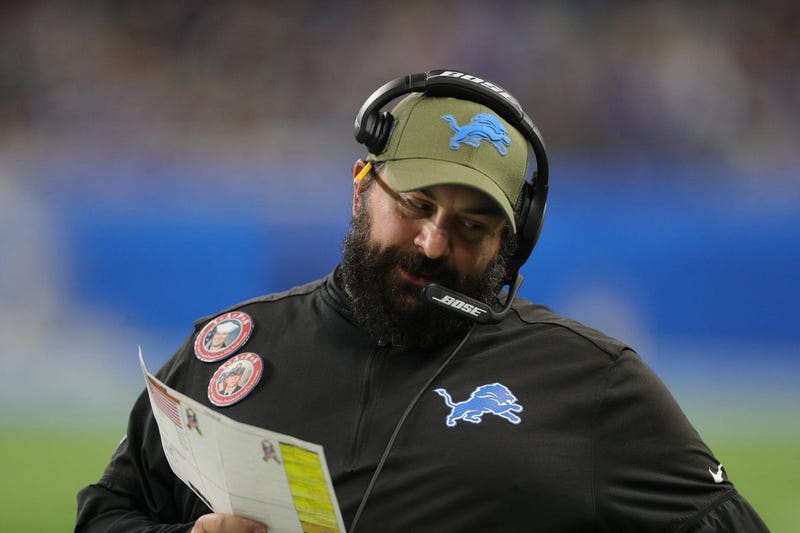 The Lions were without their starting quarterback, starting running back and starting right tackle on Sunday, and then they lost their starting center to boot. They still managed to score 27 points against one of the best defenses in the NFL.

And they still managed to lose, again, because their defense let them down, again. Matt Patricia's defense, that is.

It was a 35-27 final to the Cowboys, the fifth time this season Detroit has scored at least 24 points and failed to win. No other team in the NFL shares that nugget of ignominy, and no one's really close.

Time after time this year, the Lions have played winning football on offense. They entered Sunday's game ranked sixth in the league in yards per game. The five teams ahead of them, all likely playoff bound, shared a record of 32-15. And the Lions are now 3-6-1 and cooked before Thanksgiving, because they've played losing football on defense. Time after time.

"I feel like a broken record at this point, but it's another game (where) I feel like the offense played well enough for us to win," said linebacker Devon Kennard. "We have to figure it out collectively as a defense. We have to play better."

The Lions surrendered 509 yards in their latest debacle, which was cheered heartily by a pro-Cowboys crowd at Ford Field. You can't blame the fans around here for losing interest or hope. They celebrated Patricia's arrival just a year ago. They believed he would build a defense that was elite.

And this is what he's given them.

It's all the more frustrating for the fact that things seemed to be gelling at the end of last season. The defense surged in the second half, and then the Lions added more weapons in the offseason. The talk a couple months ago was of speed, physicality and aggression. They were going to "mess with offenses," linebacker Jarrad Davis said. They were going to give teams "a headache."

Back then, it was fair to wonder just how good this defense could be. Now we're left asking, can it get any worse?

On Sunday the Lions were gashed by the pass. On other days this season they've been gouged by the run. Sometimes, like in Week 7 against the Vikings, they've been torn apart by both. They don't get off the field on third down and they don't stiffen up in their own territory, like Patricia's defenses -- or were they Bill Belichick's? -- were known for in New England.

The Cowboys went 8-14 on third down, and made it look easy all afternoon. Dak