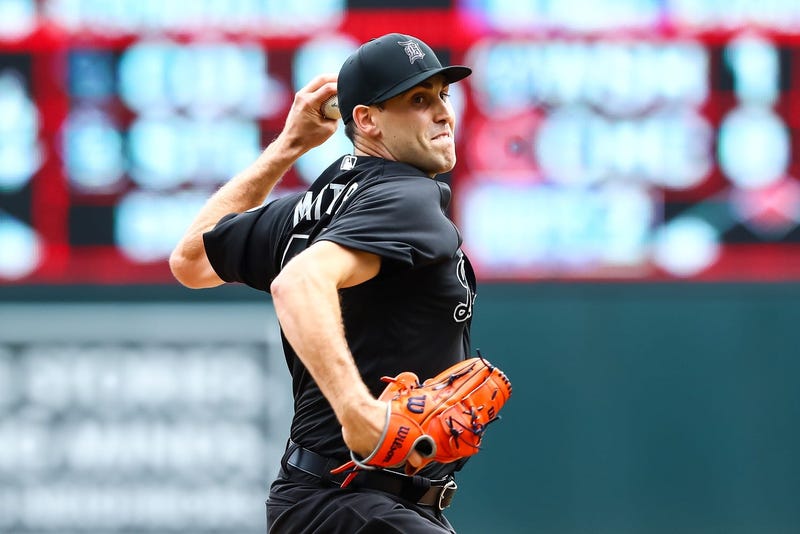 Photo credit © David Berding-USA TODAY Sports
By The Morning Show With Stoney and Heather, 97.1 The Ticket

With spring training upon us, the talk around baseball has centered on the Astros. In certain cases, what kind of payback they might face this season for their sign-stealing scandal in 2017.

The players involved weren't punished by MLB -- they were granted immunity for their testimony -- so their opponents might take matters into their own hands.

Dodgers pitcher Ross Stripling said he would “lean toward yes” when asked if he'd consider beaning Houston's hitters. Indians starter Mike Clevinger said he doesn’t think “it’s going to be a comfortable few at-bats for a lot of those boys, and it shouldn’t be.” Braves outfielder Nick Markakis went so far as to say every Astros players "deserves a beating."

But if the Astros are in for a few beanballs, Tigers ace Matthew Boyd won't be among those taking aim. He laughed off a question as to how he plans to plunk Jose Altuve in an interview with the Jamie and Stoney Show on 97.1 The Ticket.

"He swings at the first pitch, so you probably gotta bounce it or something and make sure he doesn’t get a bat on it. He’ll probably swing. Probably not going to put one in his ribs," Boyd said. "They got their penalties, and I’m glad those are for powers that are above my pay grade. My name’s not on the baseball. That’s somebody else’s, so he can make those decisions. I’m just going to go out there and compete."

Tigers React To Astros' Cheating: 'I Couldn’t Live With Myself'

Commissioner Rob Manfred, who dolled out the punishments for Houston in the first place, told several managers in a meeting last weekend that beanballs will not be accepted.

"I hope that I made it extremely clear to them that retaliation in-game by throwing at a batter intentionally will not be tolerated, whether it's Houston or anybody else. It's dangerous and it is not helpful to the current situation," Manfred said.

Unlike Stripling, whose Dodgers lost to the Astros in the 2017 World Series, and Clevinger, whose Indians lost to them a year later in the ALDS, Boyd doesn't have a personal agenda against Houston's hitters. In fact, the only time he's pitched against the Astros in Houston was back in 2015.

He's also one of the most level-headed players in the game. Drilling a batter out of spite simply wouldn't cross his mind.

"If you start thinking about what is cheating and what isn’t cheating, that’s wasted energy," he said. "Our only goal out there is to win. We have to put 100 percent of our talents and our efforts into what we do to win. There’s other people that decide what’s cheating. If they’re going to know our signs, you have to go out there and just prepare for that."