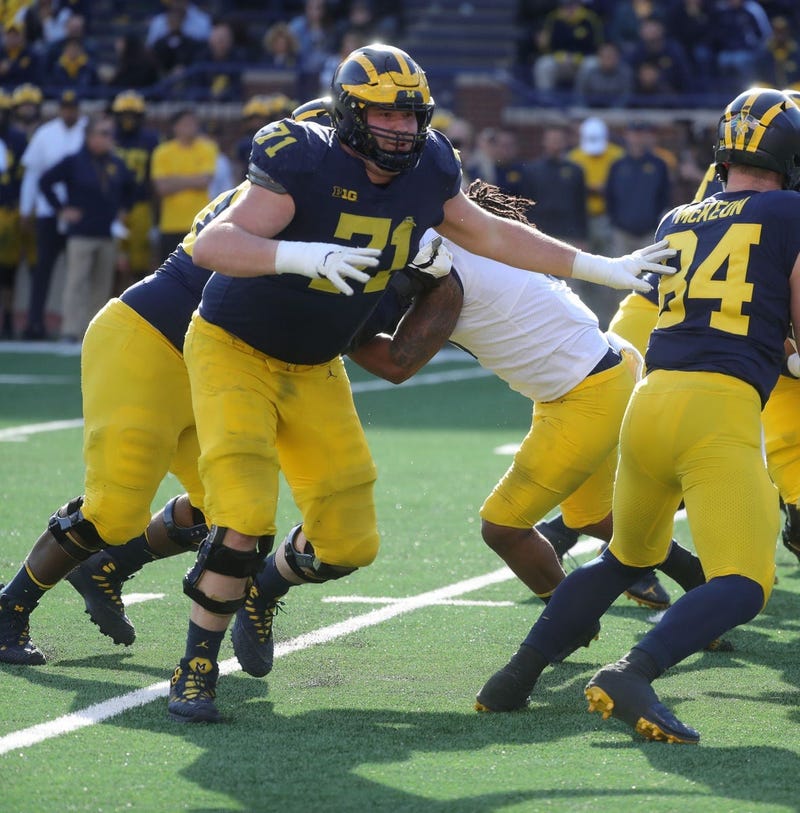 The key battle on Michigan's offensive line appears to have been decided -- by default.

Andrew Stueber, who has been competing with Jalen Mayfield for the starting job at right tackle since the start of spring workouts, suffered a knee injury in practice Tuesday and will be out for at least the start of the season, according to a source close with the team.

It's possible he could miss significant time, though the severity of the injury remains to be seen.

Stueber, a redshirt sophomore, appeared to have a slight edge over the redshirt freshman Mayfield. He saw action in all 13 games last season, including starts against Ohio State and in the Peach Bowl, and was the starter at right tackle in this year's spring game.

The coaching staff has been enamored with him since he arrived on campus as a three-star recruit from Connecticut in 2017.

With Stueber sidelined, Michigan will turn to Mayfield. A highly-touted recruit in 2018 from Grand Rapids, Mayfield appeared in three games last season. He also saw first-team reps in the spring game this year.

Asked on Tuesday about the battle at right tackle, Jim Harbaugh said, "Still to be determined. Jalen Mayfield, Andrew Stueber both battling, both want the job. Both are playing extremely hard, studying hard. That rages on."

Stueber had an MRI later that night and his injury was confirmed Wednesday, per the source.

With starters returning at the other four spots on the O-line, Michigan remains in good shape entering the season. Harbaugh said "it has a chance to be" the best offensive line he's had in his five seasons at Michigan.

"Those veteran players there are highly motivated and really well-coached," he said.