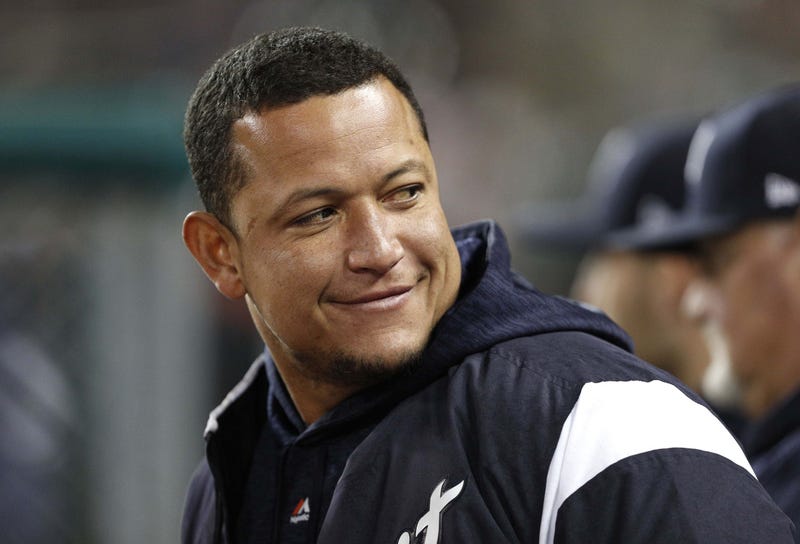 Fresh off a long and arduous legal fight with his mistress and baby mama, Miguel Cabrera was just ensnared in another legal action. This one is over the BitBits candy he briefly promoted under the label Miggy Foods.
According to law.com, the claims against him "stem from a derailed business partnership."

Basically, the shareholders sued the multi-millionaire slugger over the failed candy business, and Cabrera’s company fired back in another suit that accuses them of financial mismanagement. And now, the shareholders responded with a counterclaims of their own.

Legal opponents Daniel Satine and Yajaira Gonzalez say Miggy "strong armed" them into making him the majority stockholder, then fired them unlawfully when the money ran out.

BitBits were launched with fanfare in 2017, and made available at Comerica Park with promises of national distribution. They're still promoted online, though it's unclear if they're available for purchase

Up to speed? We can't help but think this is an unwelcome distraction for the Triple Crown winner who's focused on launching a healthy and productive season.
Miggy Foods claims the shareholders treated the company as ”their own personal piggy bank” with “opulent” offices decorated with fancy furniture and equipment.Miggy Foods leased a building at $5,100 per month "for no good reason.'

He also accuses them of  being liberal with company credit cards, "committing to expensive sponsorship deals with the Miami Dolphins and Detroit Tigers, and paying themselves "excessive" $319,000 salaries."

Miggy Foods claimed it lost about $2.1 million in the BitBits deal. In the flurry of claims and counter claims, Miggy alleges the shareholders committed breach of fiduciary duty, civil conspiracy, conversion and deceptive and unfair trade practices; They deny it.

Cabrera will earn a $30 million salary with the Detroit Tigers in 2019 as part of an overall $248 million, eight-year deal.