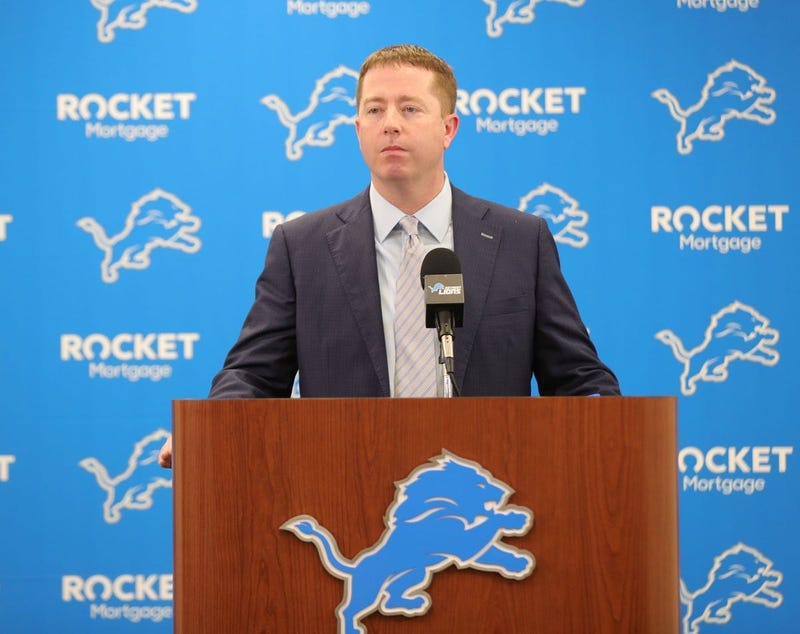 You've heard all the words, know all the facts. Bob Quinn was supposed to turn the Lions into a consistent winner. Matt Patricia was supposed to take them to the next level. In two years together, Quinn and Patricia have produced nine wins.

And somewhere along the line this project of theirs morphed into a rebuild.

"Anytime you bring a new head coach in, there’s going to be a lot of change. Probably a little bit more than we expected going into it, but that’s when you get into the building and you see things you want to change," Quinn said at his end-of-the-season press conference Monday. "Matt wanted to change some things and he has. It’s taken a little bit longer.

"Bottom line is, we have to do more to win."

They sure do, or they'll both be shown the door. There was a feeling earlier this season that Patricia, whose defense was one of the worst in the NFL, might be shown the door before that. But he earned a third year, ownership decided, based on the progress the Lions showed early in the season and the fight they showed late.

It was a move Quinn endorsed.

"You look at the whole body of work, there’s not enough wins," he said. "And that's the bottom line in this business. But in terms of talking to Mrs. Ford and her family, the foundation that’s here and the good things that have happened, even though they have not equated to wins and losses, to scrap that and start from scratch would be taking a step back."

As for the positives, Quinn pointed to how hard the Lions competed while missing a number of key players in the second half of the season.

Of course, Detroit finished 3-12-1, a year after finishing 6-10. And it was just two years ago, when he fired Jim Caldwell to bring in Patricia, that Quinn decided 9-7 wasn't good enough. So why should this be good enough now?

"I think I just answered that," said Quinn. "We don’t want to bring it down to the basement again and start the foundation again. That’s the answer."

Foundation is a word Quinn used frequently on Monday. Same for Matt Patricia in the past couple months. They believe they're putting one into place, even if their record says otherwise.

And with the right additions this offseason, Quinn believes the Lions' talent will level up with the rest of the NFC North. Why should the fans trust him?

"I feel very confident in my abilities," he said. "I’m very thankful to the Ford family to be here, from 2016 on, and I feel that with myself in the GM seat and Coach Patricia as the head coach, I think we’re going to get this thing turned around."