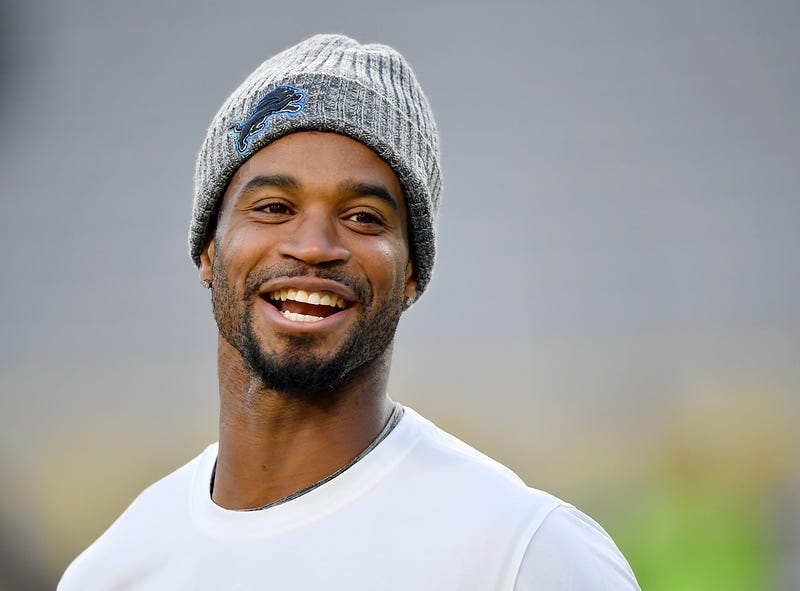 Photo credit Quinn Harris / Stringer
By Will Burchfield, 97.1 The Ticket

If it were up to him, Darius Slay would sign a juicy extension with the Lions this offseason to continue -- and maybe finish -- his career in Detroit. And then he'd buy a Rolls-Royce Wraith.

But this is all up to the Lions, who aren't all that keen on giving Slay the kind of money he wants. That could lead to a trade this offseason, which means Sunday's loss to the Packers may have been Slay's final game as a Lion.

He stayed on the field to the bitter end, despite an ankle injury that hindered him for much of the second half. In some ways it was a fitting image of his time in Detroit, Slay playing through pain in a losing cause.

"That was never my concern, if it was my last game. If it is, it is," he said. "I play this game, it’s a business. I just like to work hard, play the game and go home and see my kids. That’s never a thought in my process. It's just, if it is, it is. If it ain’t, I’m just here to keep trying to win."

Slay, 28, is under contract through next season. He held out for a new deal last offseason, to no avail, and he'll likely do the same this offseason if nothing changes. He's got good reason. One of the top corners in the NFL, Slay ranks 13th at his position in terms of average annual salary.

His base salary falls from $12.5 million to $10 million in 2020. It's fair to assume he's eyeing something closer to $15 million. After Sunday's loss, Slay was already looking ahead.

“I’m going to move on with the whole life, my day, everything. It’s on to 2020," he said. "That’s the season I’m looking forward to. New chapter of my life. New chapter for the whole Detroit organization."

It's an organization, under Bob Quinn and Matt Patricia, that feels like it no longer has room for Slay. Never mind the fact he's one of Detroit's best players -- he's too outspoken, he's too concerned with getting paid. And Slay hasn't exactly attached himself to the Lions through his comments this season.