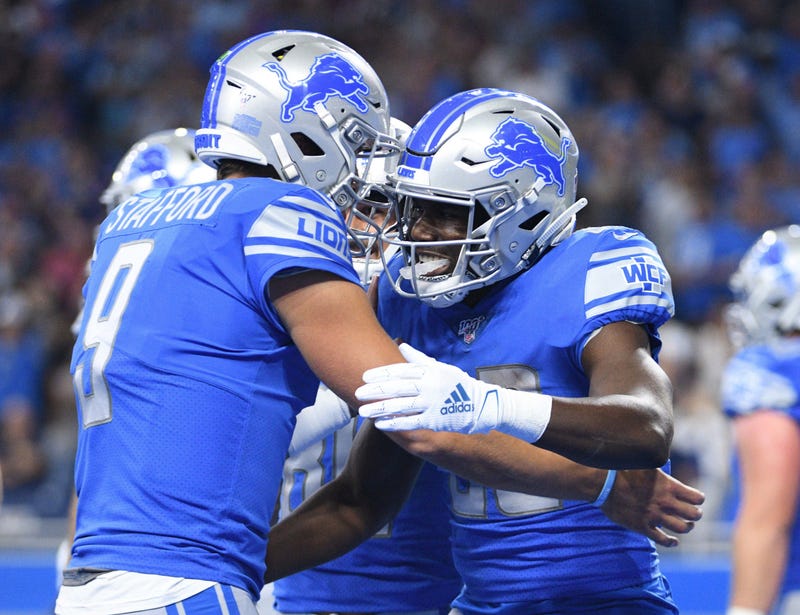 When Bleacher Report dropped the latest episode of its animated web series Gridiron Heights on Tuesday in which Matthew Stafford was portrayed as the Joker and the Lions were roasted at every turn, Kerryon Johnson had this to say:

On Thursday he explained his issue with the video, besides the obvious fact that it rips on his team and his quarterback.

"I had to choose to not say a lot of choice words," Johnson said. "I don’t watch that stuff often, but I work with Stafford every single day. And I know Stafford’s not going to care, he probably hasn’t even seen it, he doesn’t watch any of that crap. But for me, it’s one thing to attack Detroit, don’t care, but when you attack a specific person who’s been in this league and been one of the best since he came in the league, kept his head down, all he cares about is trying to win, all he cares about is trying to be a good teammate, that’s why I had an issue with it.

"Not that anybody cares that I have an issue with it, but it’s not like he’s out here talking trash, just being a di*khead all the time. He’s out here doing his job every day. The only person in the video they talked about was him. That kind of bothered me. Like I said, I know he’s not going to say anything. I have no issue saying something, and I have no issue with anybody getting mad at me for saying something."

Stafford, indeed, hadn't seen the video when asked about it on Wednesday. And it's fair to assume he hasn't watched it since.

Asked if he felt the video was direspectful, Stafford said, "I didn’t see it. Somebody disrespecting us? Do I need to check it out? I’ll not look at it some other time.”

Stafford, who's off to one of the best starts of his career, will lead the Lions into Lambeau Field on Monday to take on the first-place Packers. With a win, maybe he'll get the last laugh.