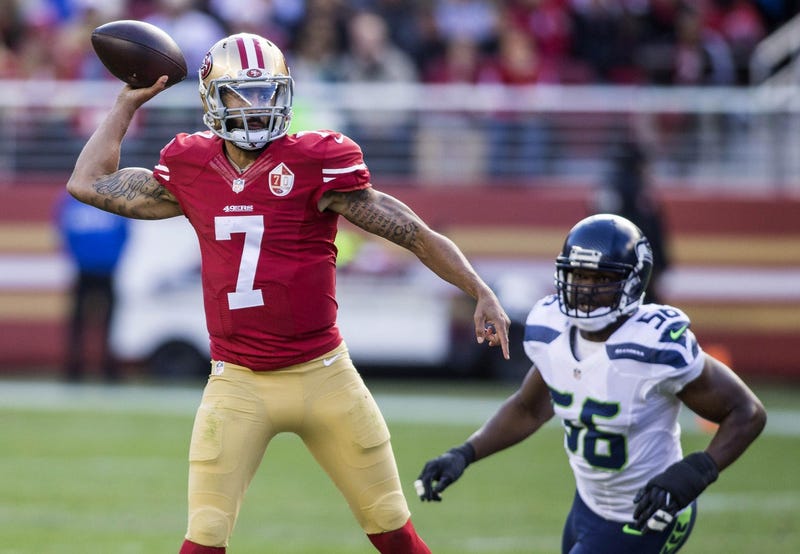 Colin Kaepernick is working out for NFL teams Saturday in Atlanta, and the Lions will be in attendance.

"As an organization, we always do our due diligence on all players that are available. I know Bob (Quinn) and his staff will have someone down there to watch the workout and we’ll see where that goes," Matt Patricia said Wednesday.

Kaepernick hasn't played since 2016 when he started kneeling during the national anthem to protest racial injustice in the United States. The Lions find themselves in a bind at quarterback at the moment, as Matthew Stafford missed last Sunday's game with a back injury and remains questionable moving forward.

Patricia was quick to note he was "really pleased" with the performance of backup Jeff Driskel against the Bears.

"The poise for him to be able to go in and do what he did I thought was really good, his understanding of what we needed to do in the game plan. I think that’s where we are as a team, but I know that we always do our due diligence with that stuff, yes," Patricia said.

Kaepernick announced Saturday's workout, which reportedly "came out of the blue" from the NFL, on Twitter Tuesday night. His representatives said last month that he has been "working out five days a week, for three years, in preparation to play again," according to ESPN, and now he'll get the chance to prove it.

I’m just getting word from my representatives that the NFL league office reached out to them about a workout in Atlanta on Saturday. I’ve been in shape and ready for this for 3 years, can’t wait to see the head coaches and GMs on Saturday.

Patricia faced Kaepernick twice during his time as defensive coordinator of the Patriots, first in 2012, then in 2016.

"It was a really long time ago. Gosh, I don’t even know how many years it’s been," Patricia said. "I know this, couple different times that we played against him, just thought he was very athletic, especially the first time we played against him. I think that would be the biggest thing that kind of stands out to me."

Kaepernick threw four touchdown passes in the first matchup in a 41-34 win. In his last NFL season, he threw 16 touchdowns to four interceptions with a passer rating of 90.7. He finished with a record of 1-10.

Asked if he thinks Kaepernick could play in the NFL after spending two and a half years out of the league, Patricia said, "I’m just really focused on the Cowboys right now."