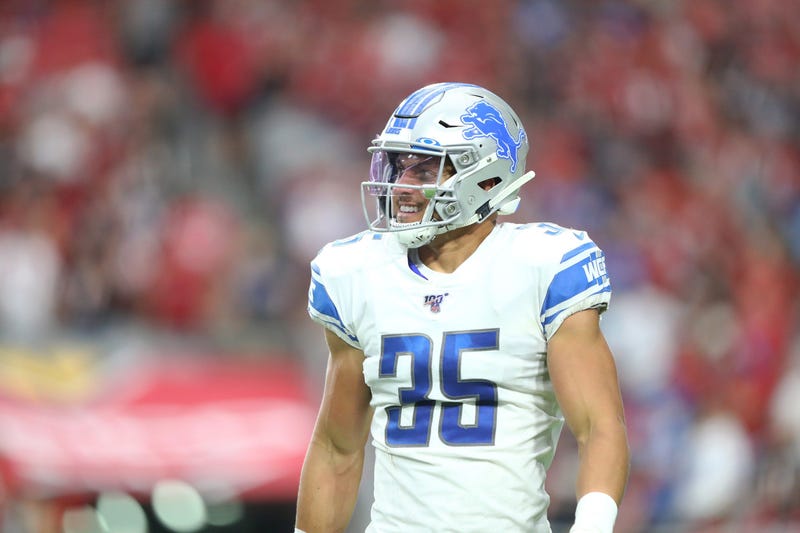 Just when Miles Killebrew seemed to be establishing himself in Detroit's secondary, his progress was wiped out.

Killebrew suffered a concussion in practice on Thursday, according to Matt Patricia. Killebrew has entered the concussion protocol, and therefore won't be available for Sunday's game against the Bears.

It's the latest hit to the Lions safety corps. First they traded Quandre Diggs. Then they lost Tracy Walker to a knee injury. Walker, who hasn't practiced this week, is likely to miss his second straight game Sunday.

And now they're without Killebrew, who moved from linebacker back to safety after the Diggs trade. He played 13 snaps at safety the last two games.

That leaves Detroit with Will Harris, Tavon Wilson and C.J. Moore at safety for the time being.

The Lions were also without defensive linemen Romeo Okwara and Da'Shawn Hand at practice on Friday. Okwara suffered a groin injury this week, while Hand, who missed the first six games of the season due to an elbow injury, is now dealing with an ankle injury.

For a defense that's already struggling, it's not great news. Maybe a game against the offensively-challenged Bears is the crutch the Lions need.