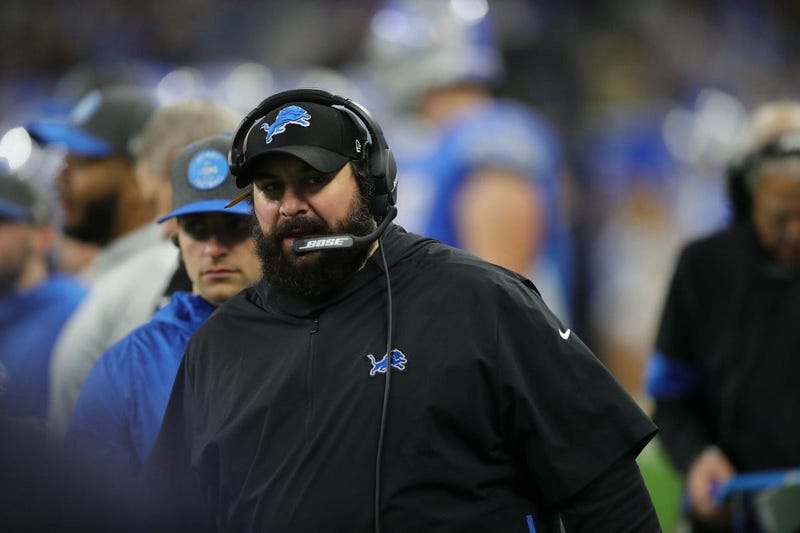 Throughout the Lions' seven-game losing streak, and throughout this season as a whole, Matt Patricia has seen one constant in his team. It fights.

Who knows what that's worth. It certainly hasn't meant much in the standings, where the Lions will finish last in the division for the second year in a row. As far as Patricia's concerned, it's evidence that his team is laying a foundation for success.

"I think we just look at, ‘OK, what are we building? What have we started and where is our foundation right now?’ Having a foundation of a team that is tough, a foundation of a team that is competitive, from a standpoint that they’re going to come to work every day and try to get better and then show up on Sunday and really try to do everything they can to compete, I think that’s where you need to start. And I would say that’s where we’re at right now," Patricia said Monday.

It's a long way from where the Lions were when Patricia arrived, coming off back-to-back nine-win seasons. Hence the questions about Patricia's future. Sunday's loss to the Buccaneers dropped his record to 9-20-1 in two seasons in Detroit, when he was supposed to be the coach to take them to the next level.

Asked if he expects to be back next season, Patricia said, "I just expect to be here every day until they tell me not to. Hopefully, that’ll be a long time.”

His contract reportedly runs through 2022, in conjunction with that of general manager Bob Quinn. Patricia and Quinn, along with team president Rod Wood, spent several minutes on the field prior to Sunday's game talking with owner Martha Ford and her daughter, Sheila Ford Hamp. Patricia declined to reveal the specifics of that conversation on Sunday, and wouldn't say Monday whether or not he's been told he'll be back in 2020.

When pressed on where his team stands, he continued to emphasize its toughness and togetherness.

"One of the things that was evident in the game, just for me as a coach watching our team, I think these guys really care about each other," Patricia said. "I think there is a lot of camaraderie in that locker room. You see it on three distinct plays from the game."

One, Jahlani Tavai's interception of Jameis Winston on the opening drive. Two, the rush by the special teams unit on Tampa Bay's missed field goal. And three, a scramble by David Blough in the fourth quarter that earned him slaps on the back from his teammates.

"That’s the thing to me as a coach that I look at and say, ‘This team is going to fight, this team cares about each other. They’re not going to let each other down, they’re really trying to work together to do what we’re supposed to do,'" said Patricia. "Again, we’re not perfect, we obviously have a long way to go and we have some things that we have to fix. But at least the team itself cares about each other, and I think that's why they fight so hard.”

When Patricia makes his case to ownership to return for a third season -- if that decision hasn't already been made -- it's likely these are the points he'll highlight. And he'll surely bring up the team's long list of injuries, which now features 14 players on IR. The Lions weren't exactly gangbusters when healthy, but there's no denying they've been compromised by losing several key players. It sounds like that might be enough to buy Patricia and Quinn at least one more year.

And then we'll find out how much this foundation is worth.

"We obviously need to add some pieces, and we need to get better, and we need to improve, and hopefully stay a little bit more healthy than where we’re at right now. I think those things will build on top of each other from there," said Patricia. "But certainly from a standpoint of trying to put a good, solid foundation down, I would say that we’ve shown (we're) a tough team, a competitive team, a team that won’t quit, a team that’s going to go out and compete and really care about each other. I think that’s the start.”