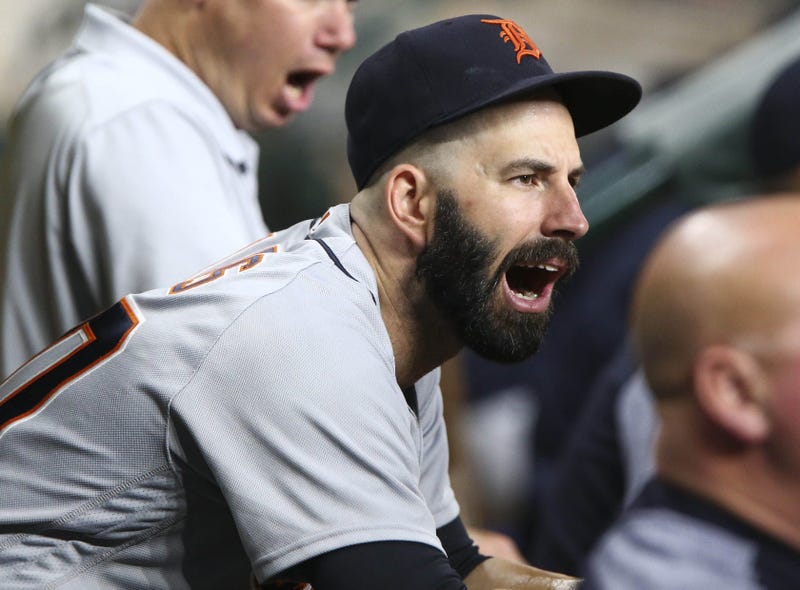 For a few years now, the Astros have been suspected and accused of sign-stealing.

Now they're being called out by one of their former players, who later shared the intel with the Tigers when he signed in Detroit.

In a story by The Athletic, Mike Fiers said the Astros were stealing signs with the help of an outfield camera at Minute Maid Park during the 2017 season. Three other members of the organization that year, who spoke on the condition of anonymity, said the same thing.

The Astros non-tendered Fiers that offseason, and the pitcher signed a one-year deal with the Tigers. Then he relayed the information to his new team.

“I just want the game to be cleaned up a little bit because there are guys who are losing their jobs because they’re going in there not knowing. Young guys getting hit around in the first couple of innings starting a game, and then they get sent down. It’s (B.S.) on that end," said Fiers, who said he also filled in the A's after a subsequent trade from the Tigers. "It’s ruining jobs for younger guys. The guys who know are more prepared. But most people don’t. That’s why I told my team.

"We had a lot of young guys with Detroit (in 2018) trying to make a name and establish themselves. I wanted to help them out and say, ‘Hey, this stuff really does go on. Just be prepared.’”

According to The Athletic, the Astros had a feed from a camera in center field that showed a close-up view of the opposing catcher's signs. Once they decoded the signs, they relayed to the batter what pitch was coming by banging on a trash can in the tunnel between the dugout and the clubhouse.

"That’s not playing the game the right way,” said Fiers, who pitched for the Astros from 2015-17. “They were advanced and willing to go above and beyond to win.”

While sign-stealing has long been a part of baseball, it's illegal in MLB to do so with the help of video or electronics.

The Tigers played three games at Minute Maid Park in 2017, losing two of three and surrendering 15 runs in the series. Fiers started the first game and surrendered nine hits and three runs over six innings.